Happy Sunday everyone!  This past week has been so busy and crazy, but luckily I was able to have a little bit of fun.  I got to take my first bike ride of the year.  I tackled my favorite bike path (13.3 miles one way, 26.6 miles total) which is incredibly scenic. 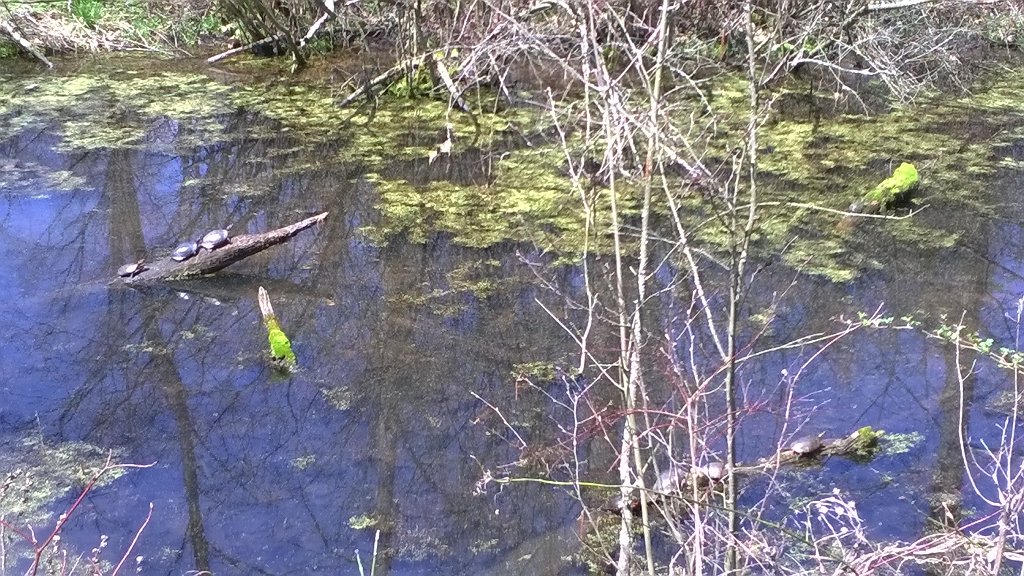 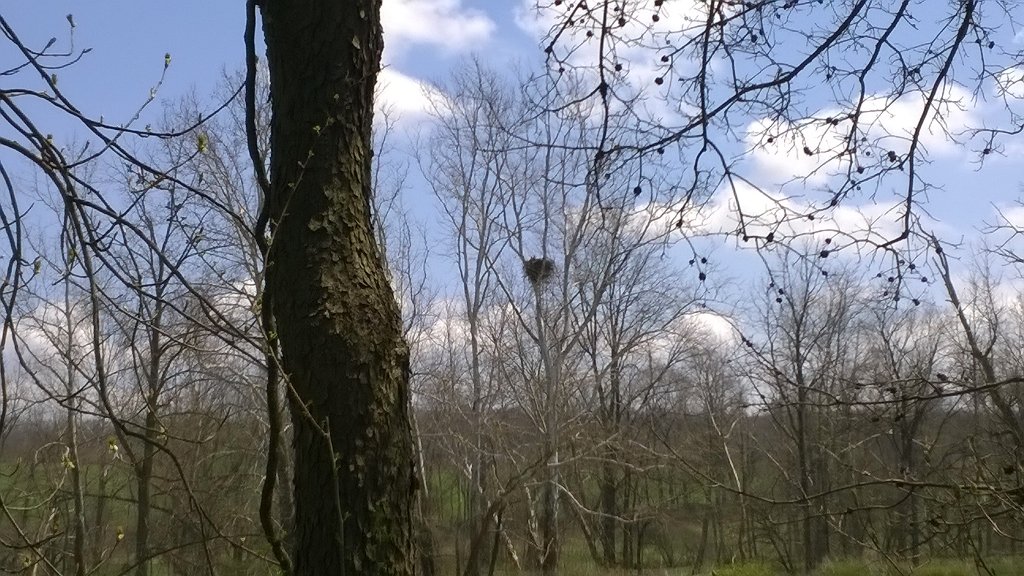 Near the end of the trail before I turned back around I spotted a lot turtles.  There are at 8 turtles (at least one of them is a painted turtle) in the photo on top.  Can you spot them all?  There are also a couple of spots along the bike trail where you can see eagles nests.  It's hard to make it out in the photo, but there are two babies in the nest and mommy and/or daddy eagle is perched in a nearby tree.  For reference, the size of the nest is just about the size of an upside down Volkswagen Beetle.  As much fun as I had on the bike ride, it actually got really clear and sunny more so than it has been all year and I ended up with a sunburn - a little pink on my face, and the tops of my hands.  I burn very easily (once I burned in the middle of December) and the tops of my hands are the most irritating.  Good thing I was wearing a jacket or it could have been worse. 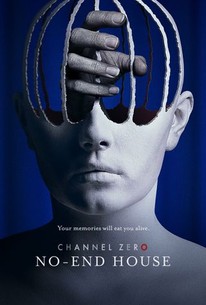 This week I also managed to start in on a new tv series, Channel Zero: No-End House.  It's the second season of this horror series.  It's an anthology series where you don't need to watch season one to understand the second - I did watch the first season which is subtitled Candle Cove and it's excellent.  So far I'm about half way through season two and it's so intense and creepy.

Like don't watch it right before bed, and have all of the lights on while you watch!  You might like this series if you're a fan of American Horror Story.


This Saturday was also Dewey's 24 Hour Readathon - I didn't get to read for the entire time, but I did read for as much time as I possibly squeeze in!  I went to the Scott Antique Market in Washington Courthouse, OH - and I had plenty of time to read on the three hour round trip drive.  I made my way through 164 pages of Nevermore (Cal Leandros #10) by Rob Thurman (88 left), the last 4 hours and 14 minutes of When Dimple Met Rishi by Sandhya Menon on audiobook, and 45 pages Hunting Prince Dracula  (Stalking Jack the Ripper #2) by Kerri Maniscalco.  I'd say I had a pretty successful readathon considering everything that was going on yesterday! 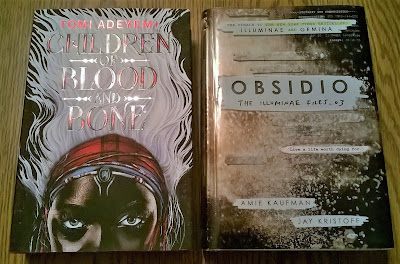 I've also picked up some books and bookish items recently that I wanted to share with everyone.  I'm very excited to get on to all of these in the future.

Children of Blood and Bone (Legacy of Orïsha #1) by Tomi Adeyemi and Obsidio (The Illuminae Files #3) Amie Kaufman and Jay Kristoff - These two are a couple of my most anticipated reads of 2018 and I can't wait to get into them! 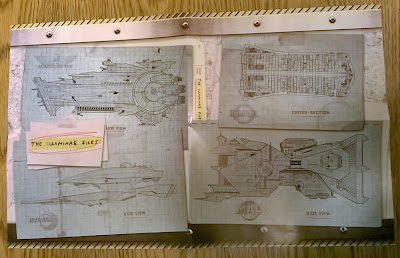 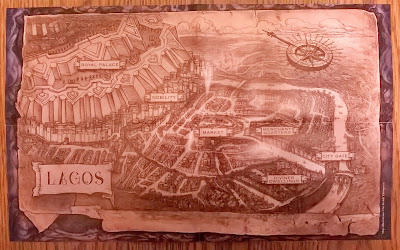 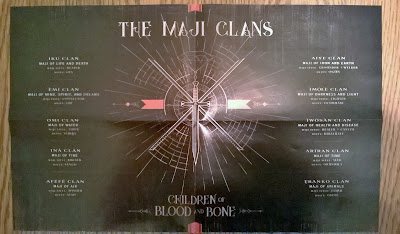 The two maps above came in my B&N Special Editions of Obsidio and Children of Blood and Bone (the list of the Maji Clans is on the back of the map).  I could look at these for ages - I love a good map! 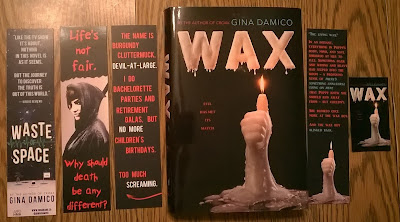 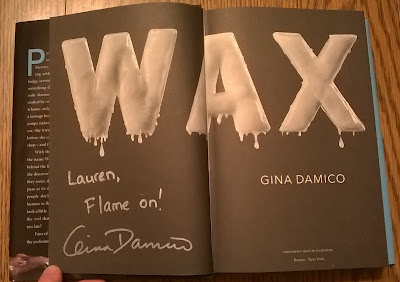 During the Spring YASH (Young Adult Scavenger Hunt) I managed to win Gina Damico's bonus giveaway of Wax!  Thanks, Gina! 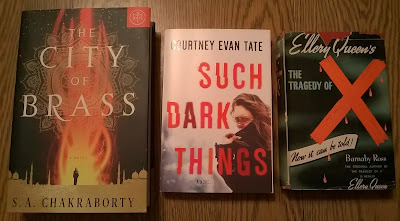 Both The City of Brass by S.A. Chakraborty and Such Dark Things by Courtney Evan Tate (billed as Fatal Attraction meets The Girl on the Train) were both gifts - one from a friend and the other from my dad.  I'm so excited to get to both of them, especially The City of Brass!  As for The Tragedy of X by Barnaby Ross, I found it at Goodwill.  I've enjoyed Ellery Queen and this is a new series by the same authors writing under a different name.  Being a 76 year old book it's in pretty great condition all things considered. 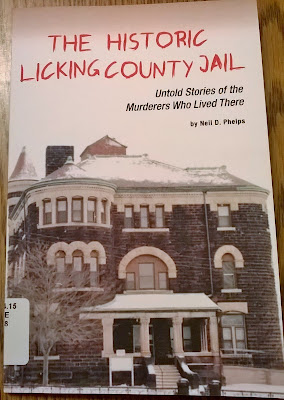 Finally, the last book I've picked up this week is The Historic Licking County Jail: Untold Stories of the Murderers Who Lived Thereby Neil D. Phelps.  It was a recent donation to my library and I decided that I needed to try it out.  This old jail is a local architectural landmark - I've actually been on a tour of the place and it has a fascinating history.  I have to say I wish the photo they would've used for the cover was a bit better.  You're only seeing the narrow end, it's quite a bit bigger and cooler than what the photo makes it look. 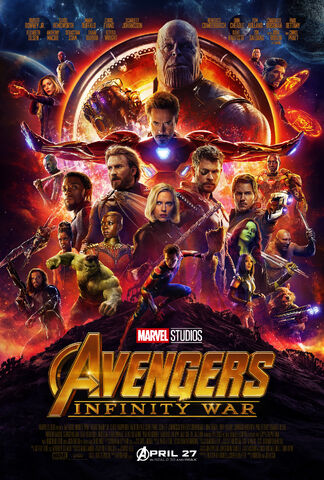 Avengers: Infinity War is easily one of my most highly anticipated movies of 2018 and for the most part this huge crossover lives up to the hype.  I won't be going into spoiler territory with my little mini review, but I will say this movie is so much fun, thrilling, and intense.  It's not perfect, but all things considered the filmmakers and actors do a wonderful job keeping all of these balls in the air.  Thanos is a great new villain, better than I was expecting, and it's just plain fun seeing all of these characters interact (shout out to Thor and Rocket!).  The character meet ups and all of the twists will make you cheer and gasp - it might have been the most excited and stressed out I've been while watching a Marvel movie for the first time.  Like the directors said, there are death(s) in the movie - so prepare yourself for that.  Don't forget to watch for the Stan Lee cameo (which was pretty funny!) and stay for the one after credits scene.  Let's just say I have some theories as to what that means, and what's next for our favorite characters!

TL;DR - Me throughout, especially at that ending!


Bad Samaritan (May 4th) - A thriller with David Tennant and Robert Sheehan?  Count me in!  I'll definitely be rooting for David Tennant's villain!


Deadpool 2 (May 18th) - I loved the first movie a lot more than I expected too, so of course I'm going to see the sequel!


So what have you been up to this week?  What books have you read or picked up lately?  Are you going to see Avengers: Infinity War?  Have a great rest of your weekend everyone!