Every Monday share a few songs you've been enjoying lately.  It doesn't have to be a specific genre, new, or one of your favorites - just something you'd like to share with others.  If possible, share a music or lyric video of the song and your thoughts on the song(s), artist(s), and/or music video(s). 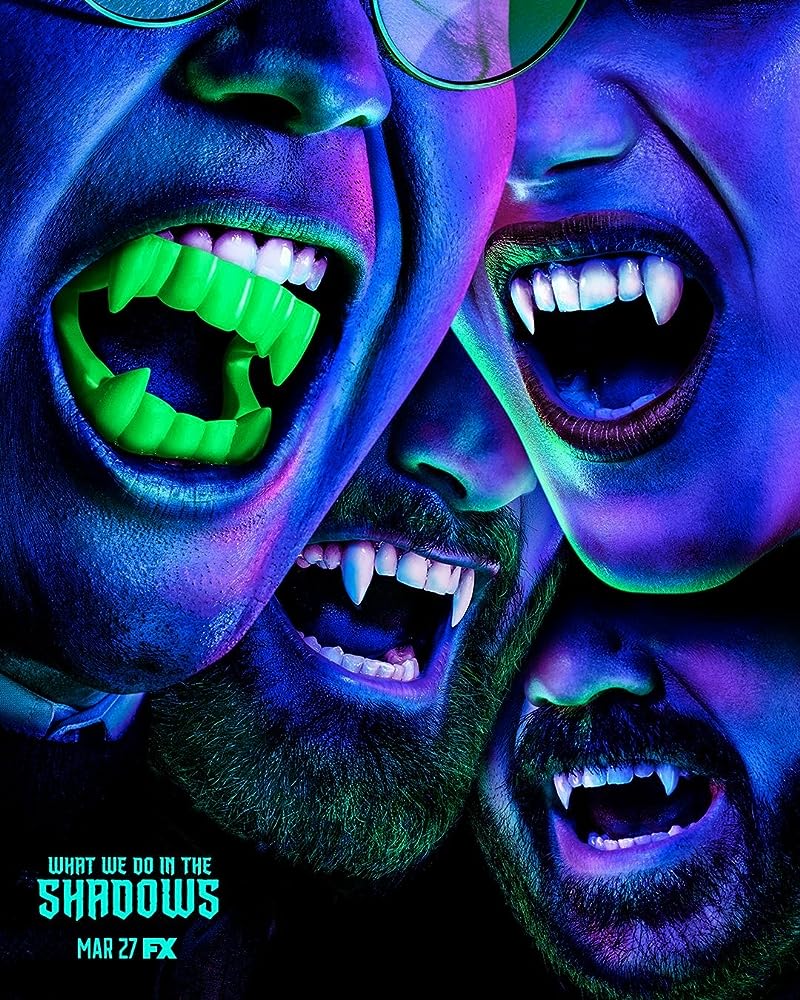 Happy Monday everyone!  This week I'm spotlighting music from the first season of the tv series What We Do In The Shadows which I just recently finished.  To start off the 2014 movie of the same name is one of my all time favorite horror comedy films (and I'm really looking forward to We're Wolves), but I was kind of leery of the tv show spin off that follows a new group of vampires who live on Staten Island in New York.  I didn't expect it could be nearly as good as the movie, since a huge part of what makes it work is the talent of the cast.  I don't know why I was worried though because the first season of this tv series spin off was awesome and just as good as the movie.  I loved getting to spend time with Nandor, Laszlo, Nadja, Guillermo, and Colin - and even getting to see Viago, Deacon, and Vladislav again (plus all of those other awesome cameos from the Vampire Council scenes in episode seven).  I'm so glad both Taika Waititi and Jemaine Clement were able to come back and put their talents to use again behind the scenes for this series.  I'm dying for season two which is is supposed to air starting in April.  Anyway, I'm spotlighting some of my favorite music used in the series - "You're Dead" by Norma Tanega (which is also used for the opening title sequence, and in the movie as well), "No Vampires Remain in Romania" by King Luan (best end credits song of the season by far), and "Let's Go Sunning" by Jack Shaindlin (another end credit song that hilariously works for it's episode).


You are invited to the Inlinkz link party!
Click here to enter