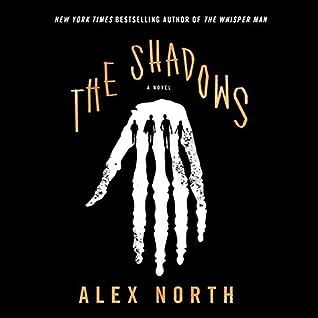 You knew a teenager like Charlie Crabtree. A dark imagination, a sinister smile - always on the outside of the group. Some part of you suspected he might be capable of doing something awful. Twenty-five years ago, Crabtree did just that, committing a murder so shocking that it's attracted that strange kind of infamy that only exists on the darkest corners of the internet - and inspired more than one copycat. Paul Adams remembers the case all too well: Crabtree - and his victim - were Paul's friends. Paul has slowly put his life back together. But now his mother, old and senile, has taken a turn for the worse. Though every inch of him resists, it is time to come home. It's not long before things start to go wrong. Reading the news, Paul learns another copycat has struck. His mother is distressed, insistent that there's something in the house. And someone is following him. Which reminds him of the most unsettling thing about that awful day 25 years ago. It wasn't just the murder. It was the fact that afterward, Charlie Crabtree was never seen again....

The Shadows by Alex North is an incredibly atmospheric horror thriller that kept me on the edge of my seat during my entire listening experience.  I had the opportunity to read a chapter sampler from NetGalley and that sampler reeled me in right from the get go.  It only included the prologue and the first chapter, but that little taste made me really excited to read a finished copy of the story. I just had to know what happened next and I fully expected the novel to become a five star, favorite read of 2020.  It was so close to being a five star read.  The story itself earns its five stars easily.  The creepy keep-you-awake-at-night atmosphere, the twists and turns, the alternating POVs, character depth and development, and the flashbacks are all outstanding elements.  I was particularly pleased with how the present day story and the flashbacks come together as the story goes on.  The flashback do a fantastic job of showing just how inescapable the past seems to Paul.  Like I said, the story itself has become a favorite, but there are a few other elements regarding my listening experience that knocked my rating down in the end.

I'm so lucky that I was approved for this audiobook via NetGalley.  It's such a fantastic program that they've started to feature audiobook ARCs as well.  I love listening to audiobooks while I'm driving, cleaning, working out, and more so this is a brilliant opportunity as an audiobook fan.  I wasn't already familiar with the two narrators here, Hannah Arterton and John Heffernan (while performing as narrators anyway), but they both did an excellent job bringing the cast of characters to life and making them each sound quite distinct from one another and they also did a good job of bringing the world to life.  All that said, my experience with the NetGalley Shelf app itself when it comes to downloading ARCs and audiobook ARCs wasn't a good one.  In fact, I deleted it from my phone and I'm hoping that it will be improved upon in the future since I've already managed to get myself approved for a few other very tempting audiobooks.  I'd still like the opportunity to give them a listen, but based on my experience of listening to just one via NetGalley's app has put me off  for the time being.

To keep it simple, the audiobook took ages to download and it can't be paused while it's downloading.  There were a couple of times where the download "failed" because my phone's screen timed out for a second too long and the download needed to be over again.  The app and the download of the single audiobook took up a huge amount of storage space on my phone as well as the files were bigger than what I was expecting considering that I often download audiobooks via Libby and never have any trouble there.  It wouldn't have bothered me all that much if those were the only issues, but that wasn't all.  I've never had this happen while listening to an audiobook before, but several times the audiobook would randomly skip around.  Like I'm just listening and suddenly it bounces into another chapter (sometimes while it was in the middle of a line or randomly it would switch to a random point from a chapter with the other narrator), usually one I'd already heard a while back.  I couldn't just skip ahead or whatever the case may be though because according to the player's display it was on the correct chapter counting down the time to the end of the current chapter like nothing had happened.  It even did it at the very end of the novel - once I hit the end it suddenly jumped into a chapter from close to the beginning.  It didn't happen a lot, but just enough to be extremely irritating.  By the way, after I completed this audiobook and then deleted my download from the app, I decided to try downloading one of the others (Girl, Serpent, Thorn by Melissa Bashardoust) to see if it would give me the same troubles.  It did - in fact, once the app completed the download (I found the downloaded files on my phone to verify it) it's like it couldn't find them to play the audiobook and kept trying to download it again and again and again until I had to perform a force stop.  Yeah.

Anyway, sorry that my review of The Shadows by Alex North on audiobook got away from me a bit there and ended up as a review of the NetGalley Shelf app as well.  Overall, I highly, highly recommend the novel.  The story is compelling and the narrators did a brilliant job bringing this mystery horror thriller to life.  It was exactly what I needed and I can't wait to read more from the author.  The Whisper Man sounds like it would be right up my alley.  However, in terms of the NetGalley Shelf app itself, and the difficulties it presented while attempting to listen to an otherwise brilliant novel, I would not recommend it at all in its current state.  It's such a fantastic opportunity to have the opportunity to listen to audiobook ARCs, but I think I'll hold off on listening via this app until all the bugs and glitches have been ironed out.


This audiobook was released on July 7th, 2020 and my review is also on Goodreads.