Happy Sunday everyone!  Today I'm sharing four ARC mini reviews: As Far As You'll Take Me by Phil Stamper, (available February 9, 2021), The Future Is Yours by Dan Frey (available February 9, 2021), The Gilded Ones (Deathless #1) by Namina Forna, and The Slummer: Quarters Till Death by Geoffrey Simpson (available February 7, 2021).  Thank you very much to NetGalley for providing me with the ARCs of As Far As You'll Take Me, The Future Is Yours, and The Gilded Ones in exchange for honest reviews and to Geoffrey Simpson for The Slummer: Quarters Till Death.  Read on to see my thoughts on these books: 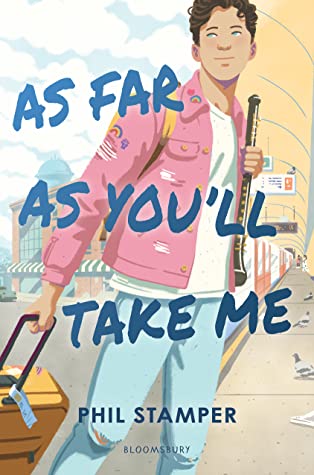 ❋ ❋ ❋
As Far As You'll Take Me is my first book by Phil Stamper is a solid YA coming-of-age contemporary LGBTQ+ romance.  I love just how layered it is.  It's not just a fluffy romance with fun travel, but it tackles a few tough topics that give it a welcome complexity.  I did like the fun travel elements as I've traveled to London in the past, so it was cool to see places I recognized through Marty's eyes.  I enjoyed the story overall, but there were some things that kind of bugged me.  The first is that Marty flies to London to escape his parents and start a new life with only his oboe and a little bit of money, but no concrete plan aside from knowing that he'll be able to stay at his aunt's flat.  I appreciate the guts that kind of a move takes, but it stuns me that a teen who's just finished high school even has the financial means to accomplish this in the first place yet doesn't have more of a solid plan already in place before he gets to his destination.  I just couldn't stop thinking about that and it pulled me out of my reading experience a few times.  Overall, though, this novel is well worth reading, and I'll have to give more of the author's work a try in the future.
My review is also on Goodreads. 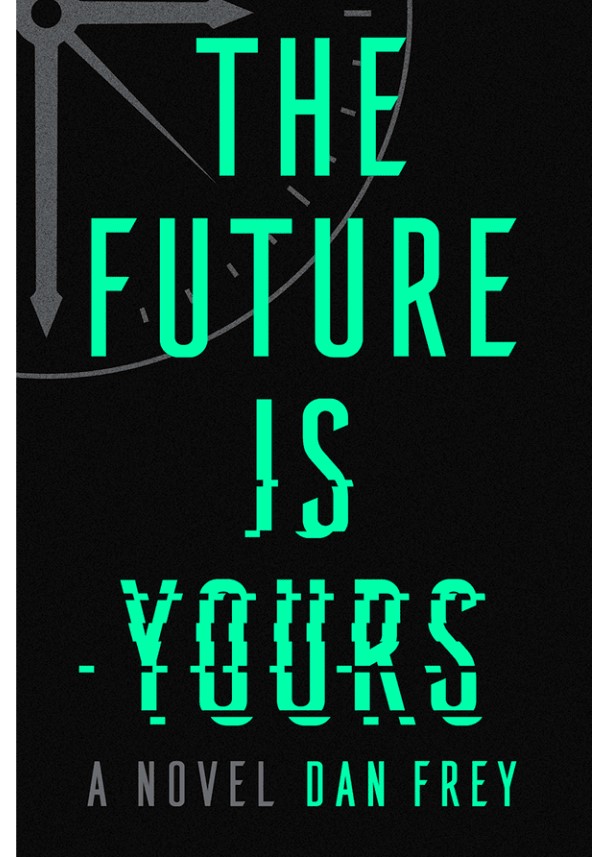 ❋ ❋ ❋
The Future Is Yours by Dan Frey is an intriguing epistolary sci-fi time travel thriller.  I can never resist a time travel story and this is a decent one.  The format and concept make it stand out from the crowd.  For the most part, it worked for me and it's a solid read.  The layout is what really made it for me - I liked reading the blog posts, emails, text messages, congressional hearings, and more that make up the book.  The voices of the two lead characters come through well in the format.  I just wish the novel had the opportunity to explore more in terms of the actual technology and just how much it affects much more of the wider world beyond the petty squabbles of the leads.
My review is also on Goodreads.

❋ ❋ ❋ ❋
The Gilded Ones (Deathless #1) by Namina Forna was one of my highest anticipated reads of this month and I was thrilled when I was approved for this ARC.  Now that I've finished it I can officially say that it mostly lived up to the sky high hype surrounding it.  It's an outstanding debut novel.  Forna's world-building is pretty fantastic and so are her characters.  Everything is just so vibrant and everything and everyone really stands out.  My favorite was easily Deka - she undergoes quite a journey.  She ends up in a much different place from where she was at the beginning of her story.  My only complaint is a minor one - the first half of the book is a little on the slower side.  It sets up everything well and lets us get to know the cast, but at times it feels much longer than the second half.  That said once it gets to that point it takes off and doesn't let up.  It goes very fast and you won't want to put it down.  Overall, this is incredibly enjoyable and I'm really looking forward to whatever Forna does next as well as the upcoming sequel to this series opener.
My review is also on Goodreads. 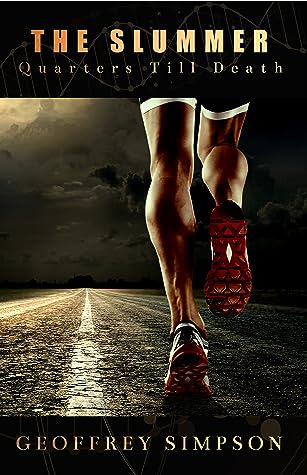 ❋ ❋ ❋ ❋
The Slummer: Quarters Till Death by Geoffrey Simpson is a sci-fi sports dystopia set in the Cleveland area in 2083.  I'm not really a sports person.  Honestly, if I don't have to run I'd just really rather not - walking or biking are more my speed.  That said, I enjoyed Geoffrey Simpson's newest release.  Sci-fi is one of my favorite genres and I always love reading books set in my home state of Ohio.  It's not too often that those two intersect and I can't resist seeing places I recognize or am familiar with on the page.
In this future version of Ohio, the distance between the poor and struggling slummers and the rich and genetically enhanced elites couldn't be further.  Ben is a slummer and he's always had his eye on a national track championship.  It inspires him to pursue his talent as a runner.  If he puts himself out there, he would be competing against all elite athletes who perform at near superhuman levels.  As he prepares, he comes up with a plan that could shake everything up - and Ben has nothing to lose.
Ben's world is a tough place, to say the least.  That said, I greatly appreciated his determination, will power, and his sense of hope and enthusiasm for his sport and possible future.  If he wants to make changes he's going to have to make a lot of absolutely brutal decisions that could affect the rest of his life and the future of his community.  Overall, I can't recommend Simpson's thought-provoking newest release enough.  His style of writing is quite engaging and his cast character jump off the page.  Plus, if you're from the area it's a good to see recognizable locations make an appearance.  My only complaint here is the opening chapter or two.  While they're a good introduction to Ben's world, they're probably the slowest sequences in the novel to work your way through.  It wasn't until a bit later that the story grabbed me.  In the long run, though, I can't wait to see what Geoffrey Simpson will do next.
My review is also on Goodreads.
What are you reading this weekend?  Are you planning on reading these two books?  As always, thanks for visiting my blog and perhaps even commenting down below.