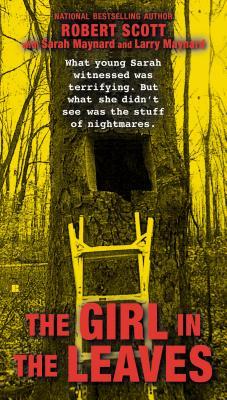 In November 2010, four people from Apple Valley, Ohio went missing - Tina Herrmann, her two children Sarah and Kody, and her friend Stephanie Sprang. After four days, evidece came to light about a man named Matthew Hoffman. Sarah was found at his home during a SWAT Team raid, but there were no signs of the others. After Hoffman eventually confessed to his crimes and revealed the location of the bodies of the three others. Hoffman broke into their home and killed Tina, Stephanie, and Kody when they later came home. For some reason, he couldn't bring himself to kill Sarah, who didn't know what had happened to her family and her mother's friend. In order to dispose of the evidence, he dismembered the three bodies, plus their dog who was making too much noise, put them in garbage bags, and then placed the bags inside of a hollow tree about ten miles away. Sarah's survival and rescue is astonishing given the circumstances and speaks to her courage and determination.

This true crime book is absolutely horrifying and would be even if you weren't already familiar with the case. I, however, am quite familiar with it as I don't live far too far from where the events of the crime took place. All of the detail presented really brought all of it back. It's one thing to have just heard about the case, but another to be familiar with the locations. The community is not one that sees crime on this scale and it's scary to think that something like this happened so close to home. There was one section of the book that mentioned the local Dairy Queen's (Tina's place of employment) fundraiser to help support Sarah and Stephanie's children. They donated a dollar from every Blizzard sold and I purchased one of the 2,532 Blizzard's sold to do my part. I remember when I was there the restaurant was packed with people who wanted to do the same.

I had no idea this account existed until I found it in a local antique shop. While I didn't really want to relive it, I knew I had to. Robert Scott (with Sarah Maynard and Larry Maynard) gets the facts and even includes some photos. How the case is presented, however, is very dry. It reads very much like a 306 page long newspaper article or police report. Readers who aren't already familiar with the case may not be as strongly affected as one who is familiar with this nightmare.