Blood Countess by Lana Popovic is a YA horror novel about Elizabeth Bathory, aka history's Blood Countess. Honestly, that's entirely what sold me. I was really into the first perhaps fifty percent of the novel, especially as we meet and follow Anna's journey - and yes, she does some awful things to get what she wants. The second half though became quite boring. I suppose I was expecting more in terms of horror, blood, and guts than we ended up getting considering that Elizabeth Bathory was a real life mass murderer and probably an inspiration for Dracula along with Vlad the Impaler. Either way, the story is probably not best for the squeamish.

The God Game by Danny Tobey was one of my most highly anticipated January releases. While it didn't quite deliver to my expectations, it was still a good entertaining story with short chapters which keep the story moving right along. I liked getting to see just how far the developments of AI have come as well, but the rules of the world aren't quite clear enough for me as a whole. The author's brand of horror in terms of the AI worked for me (even though I've seen far too many horror movies to fall for a lot of the schemes). I think my primary issue was with the cast of characters. I wasn't all that interested in them at any point in the novel, but I was quite interested in figuring out the end game. You know when the G.O.D. Game straight up tells you that it thinks "killing feels good" right from the outset that that would be a big, old red flag. If you enjoyed Nerve, I have a feeling you may also like this novel.

Scavenge the Stars by Tara Sim is the first of a new YA fantasy duology genderbent retelling of The Count of Monte Cristo. That's one of my favorite classics, so I was quite intrigued by what Sim would do with this retelling. It never quite managed to live up to my high expectations though. What I did like was getting to know our diverse cast, Amaya (aka Silverfish) and Cayo. Everyone is really well drawn and they all feel like they could practically right off the page. And, that's really saying something because there are a lot of characters popping up here and there. My main issue with this novel is the flat world-building. The world the characters inhabit is big place and we hear of them on and off, but we never get a real sense of them and how they operate. There's just so much more I would have liked to know about Moray, and the various empires and republics, and I'm sure that information could have further improved the story. Even though this novel wasn't as impressive as I was hoping for, I still want to continue this duology in the as yet untitled sequel. 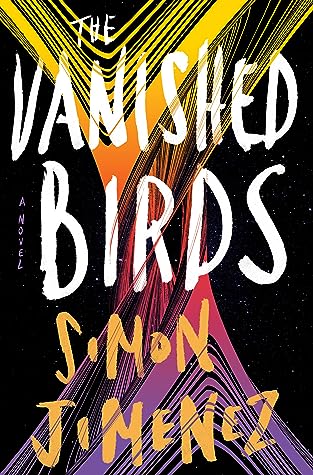 The Vanished Birds by Simon Jimenez has so much potential, but it just never quite lived up to all of it for me. There were parts that I quite loved, but others that just seemed to stick out like a sore thumb. There are also moments where it goes from moving right along to dragging as slowly as possible. The language though is certainly beautiful overall and the story as a whole offers much to think about. While this wasn't quite what I was expecting, I can still say for sure that I will be keeping an eye on Jimenez's future works.


Have you read any of these books or do you plan on giving them a try?  As always, thanks for visiting my blog and perhaps even commenting down below!