Rarity from the Hollow by Robert Eggleton - Spotlight 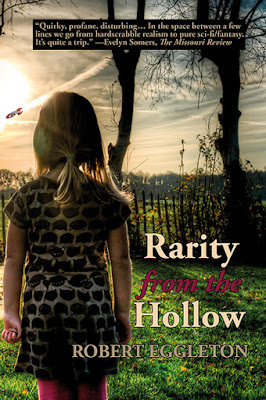 Lacy Dawn's father relives the Gulf War, her mother's teeth are rotting out, and her best friend is murdered by the meanest daddy on Earth. Life in the hollow is hard. She has one advantage -- an android was inserted into her life and is working with her to cure her parents. But, he wants something in exchange. It's up to her to save the Universe. Lacy Dawn doesn't mind saving the universe, but her family and friends come first.

Rarity from the Hollow is adult literary science fiction filled with tragedy, comedy and satire. A Children’s Story. For Adults.

“The most enjoyable science fiction novel I have read in years.”
—Temple Emmet Williams, Author, former editor for Reader’s Digest

“Quirky, profane, disturbing… In the space between a few lines we go from hardscrabble realism to pure sci-fi/fantasy. It’s quite a trip.”
—    Evelyn Somers, The Missouri Review

. "…a hillbilly version of Hitchhiker’s Guide to the Galaxy…what I would have thought impossible; taken serious subjects like poverty, ignorance, abuse…tongue-in-cheek humor without trivializing them…profound…a funny book that most sci-fi fans will thoroughly enjoy." -- Awesome Indies (Gold Medal)

“…sneaks up you and, before you know it, you are either laughing like crazy or crying in despair, but the one thing you won’t be is unmoved…a brilliant writer.” --Readers’ Favorite (Gold Medal)

“Rarity from the Hollow is an original and interesting story of a backwoods girl who saves the Universe in her fashion. Not for the prudish.” —Piers Anthony, New York Times bestselling author

“…Good satire is hard to find and science fiction satire is even harder to find.” -- The Baryon Review

"…Brilliant satires such as this are genius works of literature in the same class as Orwell’s 'Animal Farm.' I can picture American Lit professors sometime in the distant future placing this masterpiece on their reading list." -- Marcha’s Two-Cents Worth

Excerpt from Chapter 13, “Mom I’d Like to Introduce You to My Fiancé”

Scene Prologue: At this point in the story, Lacy Dawn, the protagonist, is twelve years old. An android named DotCom (his name is a recurring pun throughout the novel) had installed a port in her upper spine and has been downloading data directly into her brain for the last several years. His ship is hidden in a cave in the Woods behind the family’s house in the hollow. His assignment is to train and recruit Lacy Dawn to save the universe from an imminent threat, but in an earlier chapter readers learned that he had been recalled by management due to slow performance. In this scene, DotCom has just returned to Earth and Jenny, Lacy Dawn’s mother, meets him for the first time. 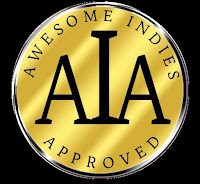 
“…a hillbilly version of Hitchhiker’s Guide to the Galaxy, only instead of the earth being destroyed to make way for a hyperspace bypass, Lacy Dawn must…The author has managed to do what I would have thought impossible; taken serious subjects like poverty, ignorance, abuse, and written about them with tongue-in-cheek humor without trivializing them…Eggleton sucks you into the Hollow, dunks you in the creek, rolls you in the mud, and splays you in the sun to dry off. Tucked between the folds of humor are some profound observations on human nature and modern society that you have to read to appreciate…it’s a funny book that most sci-fi fans will thoroughly enjoy.”

“…Full of cranky characters and crazy situations, Rarity From the Hollow sneaks up you and, before you know it, you are either laughing like crazy or crying in despair, but the one thing you won’t be is unmoved… Robert Eggleton is a brilliant writer whose work is better read on several levels. I appreciated this story on all of them.”

Robert Eggleton has served as a children's advocate in an impoverished state for over forty years. Locally, he is best known for his nonfiction about children’s programs and issues, much of which was published by the West Virginia Supreme Court where he worked from1982 through 1997. Today, he is a retired children's psychotherapist from the mental health center in Charleston, West Virginia, where he specialized in helping victims cope with and overcome maltreatment and other mental health concerns. Rarity from the Hollow is his debut novel. Its release followed publication of three short Lacy Dawn Adventures in magazines. Author proceeds support the prevention of child maltreatment.