Happy Wednesday everyone!  Today I'm sharing four mini reviews with you: Middlegame by Seanan McGuire (available May 7th, 2019), Little Darlings by Melanie Golding (available April 30th, 2019), Red, White, & Royal Blue by Casey McQuiston (available May 14th, 2019), and Urban Gothic by Stephan M. Coghlan (available March 8th, 2019).  Thank you very much to NetGalley for providing me with ARCs for Middlegame, Little Darlings, and Red, White, & Royal Blue, and author Stephan Coghlan for an ecopy of Urban Gothic in exchange for my honest reviews.  Read on to see my thoughts on these stories:

Seanan McGuire is quickly becoming one of those authors that I'll read no matter what they write - and lucky me, I have a lot to work to catch up on. Middlegame is long, but it's well worth your time. You won't want to put it down and it has just about everything you could ask for at that. McGuire is fantastic at developing her characters - Roger and Dodger are brilliant to follow and to get to know their relationship. Just a fair warning, there are time jumps and perspective shifts so you'll definitely want to pay attention. I don't want to go into a lot of detail on this because I think this is one you'll want to go into with as little info as possible so as it won't spoil the fun of discovery. If you enjoy complex fantasy with fantastic world-building and complex characters, I have a feeling you'll enjoy this unique novel.

Little Darlings by Melanie Golding is a wonderfully suspenseful paranormal mystery debut novel with a dash of horror that is based on a Welsh fairy tale. Lauren is the new mother of twins - and during her stay in the hospital an extremely creepy woman tries to take her newborns and replace them with her own - creatures. Lauren and her twins get to safety and she calls the police, but police find no evidence of another woman at all and everyone including her husband assume that she was just imagining things. Lauren knows what she saw and she's been on edge since that day, but a month later the twins disappear from her side at the park and when they reappear there's something decidedly wrong with them. Lauren's willing to do whatever it takes to bring her real children home, but if she's wrong she could make a deadly mistake. The novel is compulsively readable and the twists and turns will keep you on the edge of your seat. While I enjoyed the down to earth police procedural aspect with Detective Sergeant Harper, it's still the weakest aspect of the story in comparison to Lauren's story but either way it's quite an intriguing contrast. Overall, if you're a fan of dark fairy tales and Neil Gaiman, I have a feeling you'll enjoy Little Darlings. I can't wait to see what Melanie Golding does next.

Red, White, & Royal Blue by Casey McQuiston is a fun romantic comedy featuring the First Son of the United State and the Prince of Wales, a tabloid leak, and the fallout/ damage control during an election season. I know, it isn't my regular go-to genre, but I thought this sounded like quite a bit of cute fun when I requested it on NetGalley. It mostly delivered for me. I particularly enjoyed getting to know Alex and Henry. the political aspects and real world issues that the story deals with, the dialogue, and Alex's family. I would have liked to have seen a dual perspective with Henry as well, so we could see how things are going in his home country and with his family/ friends directly. Plus, some of the twists weren't exactly original or surprising. Finally, I don't this needed to be anywhere near 432 pages long. If you're looking for an LGBTQ romance with a fun sense of humor and diverse characters, I have a feeling you'll enjoy Casey McQuiston's debut novel. 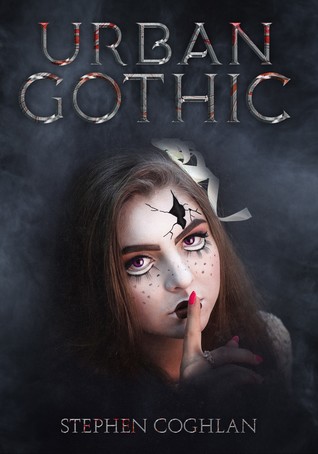 Urban Gothic by Stephen M. Coghlan is my first dreampunk book. If you're unfamiliar with the genre, it deals with dreams that can have the power to influence reality - think Inception or Alice in Wonderland and Through the Looking Glass. Now that I've finished this, I can definitely say that I'd love to try more of that sub-genre in the future. In this story, Alec LeGuerrier is a burned out veteran dealing with PTSD who is constantly dealing with his inner demons. He's so heavily drugged and sedated that he's cut off from his own dreams. After saving a woman named Veleda from nightmarish monsters and he learns that she's from the Dreamscape - and when he finds himself in this strange new dimension he'll have to come to terms with himself and his past. I particularly enjoyed just how tight this novella is in terms of characters, plot, and visuals, everything is needed to make it successful. It's a short quick read, but I loved getting to know his fully formed cast and exploring the possibilities of the the Dreamscape with them. By the way, the visuals are practically cinematic in scope and I have to admit that I'd like to see an adaptation of this fast-paced thriller. Finally, I'm going to have to keep an eye on this author and more dreampunk.

Thanks again for the opportunity, Mr. Coghlan!


Have you read any of these or are they on your tbr?  What are you reading now?  As always, thanks for visiting my blog and perhaps even commenting down below!