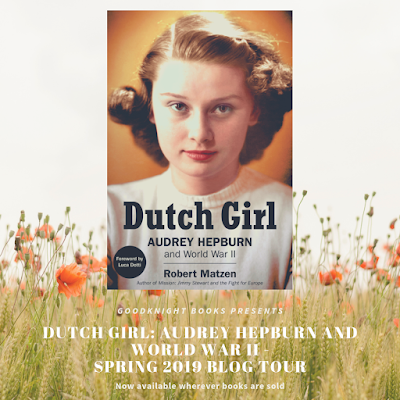 Happy Thursday everyone!  I'm very excited to welcome you all to my leg of the Dutch Girl: Audrey Hepburn and World War II blog tour!  Today, you'll find the details and summary for this novel,  my review, and an about the author, Robert Matzen.  Thanks for visiting my stop on this blog tour! 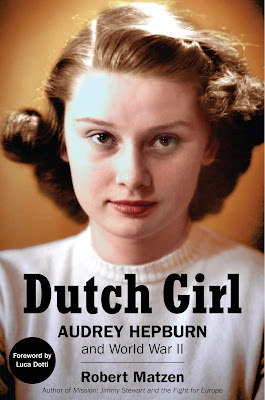 Twenty-five years after her passing, Audrey Hepburn remains the most beloved of all Hollywood stars, known as much for her role as UNICEF ambassador as for films like Roman Holiday and Breakfast at Tiffany’s. Several biographies have chronicled her stardom, but none has covered her intense experiences through five years of Nazi occupation in the Netherlands. According to her son, Luca Dotti, “The war made my mother who she was.” Audrey Hepburn’s war included participation in the Dutch Resistance, working as a doctor’s assistant during the “Bridge Too Far” battle of Arnhem, the brutal execution of her uncle, and the ordeal of the Hunger Winter of 1944. She also had to contend with the fact that her father was a Nazi agent and her mother was pro-Nazi for the first two years of the occupation. But the war years also brought triumphs as Audrey became Arnhem’s most famous young ballerina. Audrey’s own reminiscences, new interviews with people who knew her in the war, wartime diaries, and research in classified Dutch archives shed light on the riveting, untold story of Audrey Hepburn under fire in World War II. Also included is a section of color and black-and-white photos. Many of these images are from Audrey’s personal collection and are published here for the first time.

Audrey Hepburn is such an iconic actress and I've seen so many of her films multiple times. Outside of her films though I didn't know much about her life, especially as a young woman growing up during WWII in Europe. This biography from Robert Matzen is a fascinating read if you're interested in her life. I learned so much about her and I can definitely say that I have a newfound respect for her knowing what she went through. Audrey and her family lived through the Nazi occupation of the Netherlands and witnessed the terrible events of the war first hand, including the Hunger Winter of 1944-45. I knew nothing about her parents going in and their story is just as interesting given all of the circumstances. One thing that I didn't expect was the close connection between Audrey and Anne Frank - they were almost exactly the same age and lived fairly close to one another, but their lives were very different. It's easy to see how she grew to become the woman she did especially when it comes to work with children and UNICEF.

My review is also available on Goodreads.  Thanks again, NetGalley! 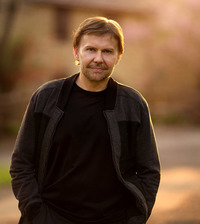 Robert Matzen is the author of eight books, including the bestsellers Mission: Jimmy Stewart and the Fight for Europe and Fireball: Carole Lombard and the Mystery of Flight 3, which won the 2015 ‘Biography of the Year’ Benjamin Franklin Award and earned praise from the Smithsonian Institution.

His forthcoming Dutch Girl: Audrey Hepburn and World War II, involved three years of intense research and several trips to the Netherlands, where Audrey spent the war. He worked in close consultation with Luca Dotti, Audrey Hepburn's younger son, and with many Dutch citizens who survived the war with Audrey in the town of Velp.

Robert has appeared on the BBC, Talk Radio Europe, Radio Russia, and many U.S. television and radio outlets, including NPR. His previous print work includes many articles about classic films and national bylines for the Wall Street Journal and other news outlets. His work as a filmmaker earned national awards and his feature documentary about George Washington, When the Forest Ran Red, is a genre classic that premiered on PBS in 2001. He is a former communications professional for NASA, where he spent 10 years.  You can find him on his website and Twitter.