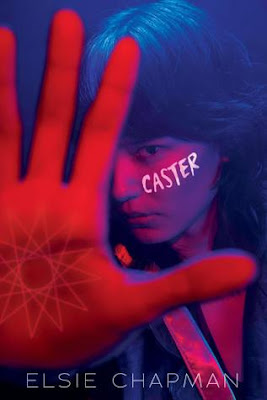 Aza Wu knows that real magic is dangerous and illegal. After all, casting killed her sister, Shire. As with all magic, everything comes at a price. For Aza, it feels like everything in her life has some kind of cost attached to it. Her sister had been casting for money to pay off Saint Willow, the gang leader that oversees her sector of Lotusland. If you want to operate a business there, you have to pay your tribute. And now with Shire dead, Aza must step in to save the legacy of Wu Teas, the teahouse that has been in her family for centuries. When Aza comes across a secret invitation, she decides she doesn’t have much else to lose. She quickly realizes that she’s entered herself into an underground casting tournament, and the stakes couldn’t be higher. Real magic, real consequences. As she competes, Aza fights for her life against some very strong and devious competitors. When the facts about Shire’s death don’t add up, the police start to investigate. When the tributes to Saint Willow aren’t paid, the gang comes to collect. When Aza is caught sneaking around with fresh casting wounds, her parents are alarmed. As Aza’s dangerous web of lies continues to grow, she is caught between trying to find a way out and trapping herself permanently.

How is Caster by Elsie Chapman not getting more hype?! This novel came out in September and it came up on my radar in December (thank you Junior Library Guild). I'm so glad I decided to take a chance on it because I think this might be one of my favorite reads of 2020. I honestly can't recommend it enough and you'd better believe that I'll attempt to get it in as many hands as I can. Anyway, Caster is a brilliant YA dystopian urban fantasy novel with a determined and strong lead at the helm, vivid world building, and one of the most unique magic systems (with a brutal price) that I've had the opportunity to read in awhile. Think Chinese Fight Club meets Fullmetal Alchemist with a dash of Warcross by Marie Lu and Jade City by Fonda Lee. If that particular combination doesn't sound epic, I don't know what does to be honest.

Finally, I'm dying to see what Elsie Chapman will do in the future. My fingers are crossed that there will be a sequel to this novel because I need to see Aza and Lotusland again. If you give Caster a chance, I bet you'll feel exactly the same way.


My review is can also be found on Goodreads.