Mini ARC Reviews - Chosen Ones by Veronica Roth & From the Dark We Came by J. Emery

Happy Thursday everyone!  Today I'm sharing two mini reviews with you: Chosen Ones (Chosen Ones #1) by Veronica Roth (released April 7, 2020) and From the Dark We Came by J. Emery (released March 16, 2020). I received both of these ARCs from NetGalley in exchange for honest reviews.  Read on to see my thoughts on them:

I wanted to love Chosen Ones by Veronica Roth, her newest adult-oriented fantasy/ sci-fi novel. To be honest, I haven't had the best luck with her stuff since Divergent, but I still wanted to give this a try because it sounds like it had a lot of potential. I did particularly enjoy the first section and meeting those title characters, especially Sloane. Sloane's easily my character to follow through the story as she has the best growth and character arc through it all. However, after that first segment everything started to slide downhill. I became less and less invested in the cast and what they were doing. I found myself starting to skim as my attention started to drift in the slower spots. It's not a bad read, it's just underwhelming considering how well it began. I doubt I'll be coming back for the sequel. 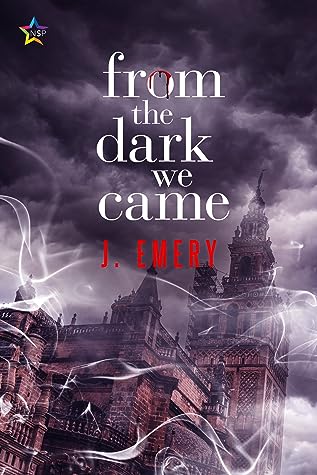 From the Dark We Came by J. Emery is a good, short LGBT+ paranormal romance that very much made me think of K.J. Charles's A Charm of Magpies series. I enjoyed getting to know the characters (a vampire and a hunter) very much, but I was underwhelmed by the author's world-building. I would have liked to have known a lot more about the paranormal fantasy world they inhabit. I'm also pretty sure this is the first time that I've met a demisexual character in fiction, and I wouldn't have minded if the story were longer for the characters to get to know each other more and build up their emotional connection to each other over a longer span of time. Overall, though this story is a good introduction to Emery and I think I'll have to give more of their work a try in the future.


Have you read either of these books or do you plan to in the future?  What are you reading?  As always, thanks for visiting my blog and perhaps even commenting down below!