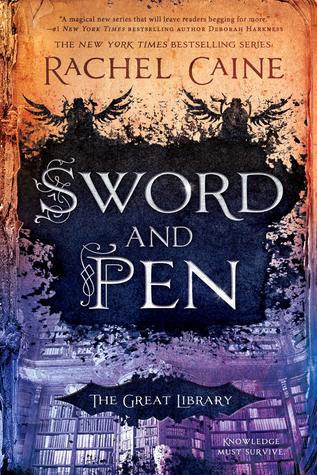 Sword and Pen (The Great Library #5) by Rachel Caine - I've read a lot of great books so far this year, but I adored this.  The whole series has been amazing and I couldn't have asked for anything better with this finale.

The Iron Will of Genie Lo (The Epic Crush of Genie Lo #2) by F.C. Yee - This was also a marvelous finale.  My fingers are crossed that we'll get to check in with Genie again in the future.

The Southern Book Club's Guide to Slaying Vampires by Grady Hendrix - I've loved Hendrix's brand of horror and I'm dying to pick this up!

Peace Talks (The Dresden Files #16) by Jim Butcher - It's been six years since the release of Skin Game and I can't quite express just how excited I am to have a brand new Harry Dresden novel coming out on July 14th!  It's going to be awesome! 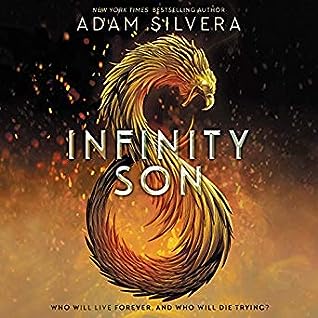 Infinity Son (Infinity Cycle #1) by Adam Silvera - I was prepared to love this new YA fantasy series opener from Silvera who I've always had good luck with in the past, but unfortunately ended up DNF'ing this at 20%.  It just wasn't for me. 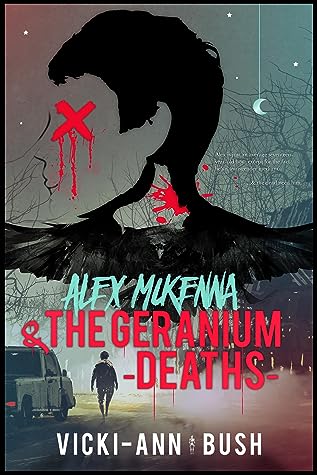 Alex McKenna & The Geranium Deaths by Vicki-Ann Bush - This book is an absolute gem.  It's an incredibly unique YA LGBT+ Urban Fantasy featuring a medium who can communicate with ghosts who comes from a long line of Strega witches and also happens to be trans guy.  If that doesn't sound cool, I don't know what does.

7. Favorite new author (debut or new to you).

Sebastien de Castell - I've only read Spellslinger so far, but I have a feeling he's going to become an all time favorite just based on the strength of that novel.

I don't have one. 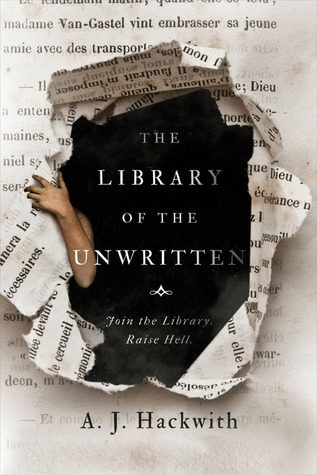 Claire from The Library of the Unwritten (Hell's Library #1) by A.J. Hackwith - I loved getting to know everyone in this gem of a fantasy novel, but as a librarian I really appreciated Claire herself. 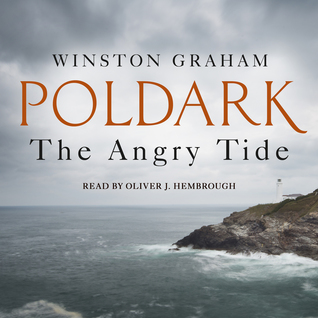 The Angry Tide (Poldark #7) by Winston Graham - Tears of joy when you know what happened to Whitworth - I might have punched the air in excitement as well.  If you've watched the tv adaption (season 4, episode 5 in particular), I have a feeling you'll know exactly what I'm talking about.  I've become really attached to these novels - Oliver J. Hembrough provides an excellent narration to the audiobook editions. 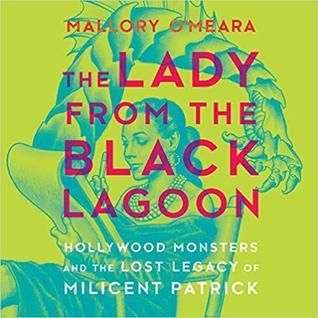 I've got a couple this time - the first season of You and the 2011 Digital Theatre production of Much Ado About Nothing.  I loved Caroline Kepnes You series (I'm thrilled that there are going to be more!) and I was really impressed by the adaptation.  Penn Badgely does a creepily perfect Joe and I'm glad the dark sense of humor in Joe's voice over comes through.  I can't wait to start in on season 2.  Luckily, all of season 2 is already on Netflix just waiting for me.  As for Much Ado About Nothing, I totally discovered my favorite ever version - the one featuring David Tennant as Benedick and Catherine Tate as Beatrice from 2011.  Digital Theatre filmed a live performance of the production in September 2011 at the Wyndham's Theatre in London and it's currently available in its entirety on YouTube.  The whole show is gem, but Tennant and Tate are real gems and make the show.

14. Most beautiful book you've bought so far this year (or received). 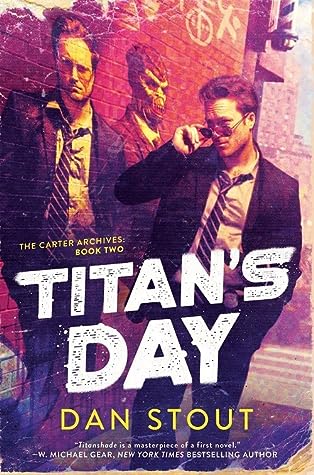 Titan's Day (The Carter Archives #2) by Dan Stout - The covers for both books in this series have been so cool, and this has had one of my favorite covers of 2020 releases.  Just look at it!  Thanks very much to Christian McGrath for them!

15. What books do you need to read by the end of this year? 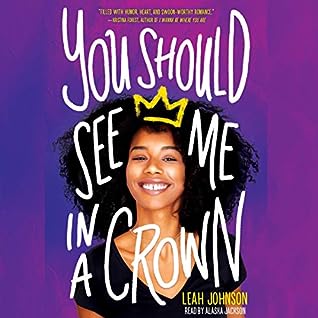 You Should See Me In A Crown by Leah Johnson - I've got a hold on the e-audiobook via Libby through the Ohio Digital Library.  Due to my position in the waitlist, Libby's estimating my wait time to be approximately six months as of now.  Fingers crossed that I'll be able to give it a listen before the year ends!  Maybe due to the demand they'll purchase more e-audiobook copies for the Ohio Digital Library.


What books have you enjoyed so far this year?  What are you looking forward to reading the most for the rest of the year?  Have you read any of these yet?  As always, thanks for visiting my blog and perhaps even commenting down below!