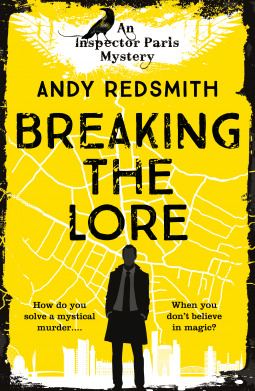 Breaking the Lore is Andy Redsmith's clever debut novel and it's the first book in his Inspector Paris Mystery series. Nick Paris is a seasoned detective in Manchester, England who is all about logic on the job (and he drinks more than he ought to), so when finds himself investigating the murder of a 15cm tall fairy he's at a total loss. Nick doesn't believe in magic, but if he wants to solve this case and save both Manchester and the magic world he's going to have to adapt to his new reality. I don't know about you, but that description totally hooked me and luckily the novel reeled me in right from the start. Redsmith's writing style is addicting and I love his sense of humor. The magic system and the cast of characters are pretty cool as well. I love that we're thrown right into the middle of everything alongside Nick. The twists and turns of the central mystery kept me right on the edge of my seat turning the pages as quickly as possible. By the way, I didn't expect my favorite character to be a chainsmoking crow but what can I say. I have a feeling you'll like this debut urban fantasy if you're a fan of Ben Aaronovitch, Terry Pratchett, and Douglas Adams. I can't wait to see where this series goes next. Thanks again, NetGalley. 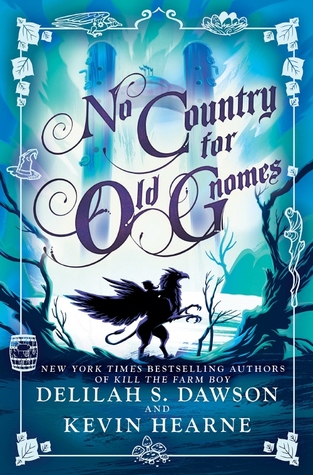 No Country For Old Gnomes (The Tales of Pell #2) is the hilariously awesome sequel to Kill the Farm Boy. This time around we're following the gnomes of Skyr as they attempt to retake their home from the halflings. Gustave is about to face his first real test as the Goat King - will he bring peace or civil war to the kingdom. I can't believe I got approved for this on NetGalley. Book one was absolutely hilarious and exactly my thing and the sequel does a fantastic job of expanding the world of Pell all while keeping up with everything I loved about Kill the Farm Boy. Hearne's and Dawson's off-the-wall sense of humor is awesome and I have to admit I couldn't get enough of the pop culture references. If you love The Princess Bride, Monty Python and the Holy Grail, and Terry Pratchett, then you need to this series in your life. I can't wait to see what Dawson and Hearne do in the future. 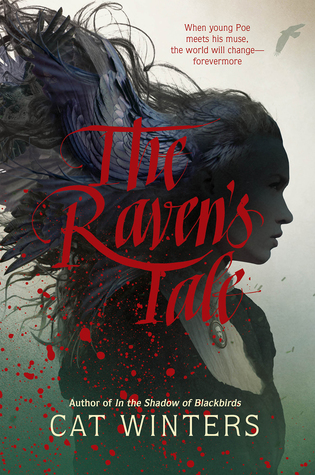 The Raven's Tale by Cat Winters is this author's newest historical fantasy novel. As she's one of my favorite authors (this is the fifth book I've read from her), I can't believe I lucked out and got approved by NetGalley for this novel featuring Edgar Allan Poe, one of my favorite classic writers, and his muse. Unfortunately, it's my least favorite of everything I've already read from her. That being said, I'm still giving it three stars so there's still quite a bit that I liked even if it didn't live up to my expectations. As always, Winters' writing is lush and richly detailed. She has clearly done her research to create 1820s Richmond and Charlottesville, Virginia as well as bring Edgar's early years to life. I also particularly enjoyed getting to know our young and creatively passionate Edgar Allan Poe. He's trying to come to terms with himself, his work, and his foster father's expectations for his future. Winters does a pretty fantastic job of recreating his Poe's style, by the way. The weakest points for me though were the concept of the muses and the plot itself. I felt too out of the loop when it came to how the muses work, especially when I realized some other characters have them as well. That said, I still enjoyed reading Lenore's perspective chapters. As for the plot, not a whole lot happens over the course of 368 pages - I suppose I was hoping for a little more action. Overall, though, The Raven's Tale is still definitely worth reading if you're a fan of Cat Winters' wonderful style, Edgar Allan Poe, and historical fantasy.


Are you looking forward to any of these books?  As always, thanks for visiting my blog and perhaps even commenting down below!