Happy Sunday everyone!  I'm very excited to welcome you all to my leg of the Music from Another World by Robin Talley blog tour from Inkyard Press!  Today, you'll find the details and summary for this novel,  an excerpt, an about the author, Robin Talley, as well as my review.  Thanks for visiting my stop on this blog tour! 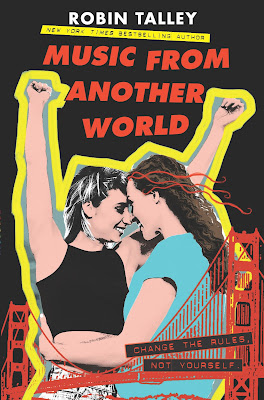 It’s summer 1977 and closeted lesbian Tammy Larson can’t be herself anywhere. Not at her strict Christian high school, not at her conservative Orange County church and certainly not at home, where her ultrareligious aunt relentlessly organizes antigay political campaigns. Tammy’s only outlet is writing secret letters in her diary to gay civil rights activist Harvey Milk…until she’s matched with a real-life pen pal who changes everything.

Sharon Hawkins bonds with Tammy over punk music and carefully shared secrets, and soon their letters become the one place she can be honest. The rest of her life in San Francisco is full of lies. The kind she tells for others—like helping her gay brother hide the truth from their mom—and the kind she tells herself. But as antigay fervor in America reaches a frightening new pitch, Sharon and Tammy must rely on their long-distance friendship to discover their deeply personal truths, what they’ll stand for…and who they’ll rise against.

A master of award-winning queer historical fiction, New York Times bestselling author Robin Talley once again brings to life with heart and vivid detail an emotionally captivating story about the lives of two teen girls living in an age when just being yourself was an incredible act of bravery.

I hope it’s okay for me to call you Harvey. In school, when they taught us to write letters, they said adults should always be addressed as “Mr.” or “Mrs.,” but from what I’ve read in the newspaper, you don’t seem much like the adults I know. I’d feel wrong calling you “Mr. Milk.” Besides, it’s not as if I’m ever going to send you this letter. I’ve never kept a diary before, but things have been getting harder lately, and tonight might be the hardest night of all. I need someone I can talk to. Even if you can’t answer back.

Plus, I told Aunt Mandy I couldn’t join the prayer circle be¬cause I had too much homework. Tomorrow’s the last day of school, so I don’t have any homework, but she doesn’t know that. If I keep writing in this notebook, maybe she’ll think homework is really what I’m doing.

I guess I could write to my new “pen pal” instead. That might count as homework. It would be closer than writing a fake letter to a famous San Francisco homosexual, anyway, but I can’t handle the thought of writing to some stranger right now.

Technically you’re a stranger, too, Harvey, but you don’t feel like one. That’s why I wanted to write to you, instead of “Dear Diary” or something.

It’s ironic, though, that my pen pal lives in San Francisco, too. I wonder if she’s ever met you. How big is the city, any¬way? I read a magazine article that said gay people could hold hands walking down the street there, and no one minds. Is that true?

Ugh. The prayer circle’s starting over. Brett and Carolyn are leading the Lord’s Prayer again. It’s probably the only prayer they know.

We’ve been cooped up in the church basement for five hours now—my whole family, plus the youth group, plus a bunch of the other Protect Our Children volunteers. Along with Aunt Mandy and Uncle Russell, of course. The results from Miami should come in any minute.

You probably already know this—wait, who am I kidding? Of course you know, Harvey—but there was a vote today in Florida. They were voting on homosexuality, so our church, New Way Baptist, was heavily involved, even though we’re on the opposite side of the country. Everyone in our youth group was required to volunteer. I worked in the office Aunt Mandy and Uncle Russell set up in their den, answering phones and putting together mailings and counting donations to the New Way Protect Our Children Fund. We had bake sales and car washes to raise money to send to Anita Bryant, too.

You know all about Anita Bryant, obviously. You’re prob¬ably just as scared of her as I am. Although, come to think of it, whenever I see you in the newspaper, you look the opposite of afraid. In pictures, you’re always smiling.

Don’t you get anxious, having everyone know? I’m terrified all the time, and no one even knows about me yet. I hope they never find out.

Maybe I should pray for that. Ha.

Okay, the Lord’s Prayer is over and now Uncle Russell’s making everyone silently call on God to save the good Christians of Florida from sin. I hope I can keep writing without getting in trouble.

Ugh, look at them all, showing off how devout they are. The only two people in this room who aren’t clasping their hands in front of them and moving their lips dramatically are me and Aunt Mandy, but that’s because I’m a grievous sinner—obviously—and Aunt Mandy keeps peeking out from her shut eyes at the phone next to her.

I’m not sure how much you can concentrate on God when you’re solely focused on being ready to snatch up the receiver the second it starts to shake. Maybe she’ll grab it so hard, it’ll crush to a pulp in her fist like one of Anita Bryant’s fucking Florida oranges.

I wonder what you’re doing tonight, Harvey. Probably waiting by your phone, too. Only you’re in San Francisco, and if you’re praying, you’re praying for the opposite of what Aunt Mandy and everyone else in our church basement is praying for.

It seems pointless to pray now, though. The votes have already been cast, so we’re just waiting to hear the results. There’s a reporter from my aunt and uncle’s favorite radio station in L.A. sitting at the back of the room, ready to interview Uncle Russell once we know what happened. Even though we basically already do.

My mom showed up at church tonight with a box of balloons from the supermarket, but Aunt Mandy wouldn’t let anyone touch them until the announcement, so at the moment the box is sitting in the closet under a stack of old com¬munion trays. The second that phone starts to ring, though,

I just bet Aunt Mandy’s going to haul out that box and make us all start blowing up those crappy balloons.

I wonder if you’ve heard of my aunt. She wants you to. She knows exactly who you are, of course—you’re her enemy.

Which makes me your enemy, too, I guess. I’m not eigh¬teen, and it’s not as if I could’ve voted in an election in Miami even if I were, but I’ve still spent the past two months fold¬ing up comic books about the destruction of Sodom to mail out to churches in Florida.

I’m a soldier for Christ. That’s what Aunt Mandy calls me, anyway. And since I do everything she says, she must be right.

Writing to you instead of praying with the others is the closest I’ve ever come to rebelling. That’s how much of a coward I am, Harvey.

I wish I had the nerve to tell my aunt to go shove it. That’s what I’d really pray for—the nerve, I mean. If I thought prayer ever helped anything.


I received an ARC from NetGalley and Inkyard Press in exchange for an honest review.

Music from Another World by Robin Talley is one of the best books I've had the opportunity to read so far in 2020.  It's an engrossing epistolary YA LGBTQ+ historical fiction story told primarily in a series of letters and diary entries between pen pals and personal entries written to Harvey Milk.  The journeys that both Tammy and Sharon take are both powerful and heartbreaking.  I have to admit that it's crushing to know the real life fate of Harvey Milk, especially with how much he means to the people of the San Francisco LGBTQ+ community as well as our leading cast.  It's quite easy to become attached to Talley's cast of characters because they're all so well developed.  I don't know about you, but I need more historical LGBTQ+ stories in my life, especially more recent history like this.  I'm also going to have to read more of Robin Talley's works in the future. 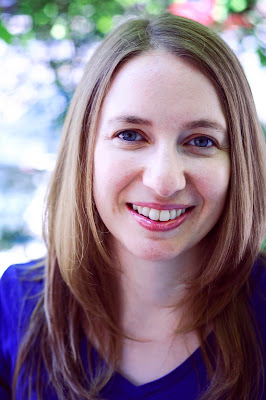 Robin Talley studied literature and communications at American University. She lives in Washington, DC, with her wife, but visits both Boston and New York regularly despite her moral opposition to Massachusetts winters and Times Square. Her first book was 2014's Lies We Tell Ourselves. Visit her online at robintalley.com or on Twitter at @robin_talley.

Do you plan on reading this book?  Have you tried anything by this author in the past?  As always, thanks for visiting my blog and perhaps even commenting down below!