The Matildas by Dave Pasquantonio - Review 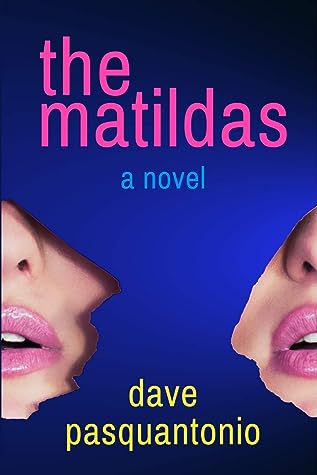 I received an ecopy from Reedsy Discovery in exchange from an honest review.

Book publisher Mitotic Press takes novels from one Earth and publishes them on a parallel Earth, thanks to a portal in a basement conference room. They're book thieves, with a pretty sweet (and very secret) business--until someone anonymously threatens to reveal Mitotic's portal to both Earths. Matilda Garrigan quit her dream job at Mitotic Press after she was too late returning from a business trip on the other Earth to prevent her girlfriend's death. Mattie's good at running away from her problems, and she's certainly no detective, but when Mitotic comes calling for help, she reluctantly channels her inner Nancy Drew to find out who's behind the threat. Mattie's investigation leads nowhere--and, predictably, she gives up--but when more clues are found and bodies start piling up, Mattie realizes that the mastermind has to be her girlfriend except she's already dead. To keep Mitotic's portal a secret--and finally tell the perfect woman how she really feels--Mattie faces pissed ex-lovers, terrible music, identical killers from multiple Earths, and a mystery that grows weirder by the day.
The Matildas by Dave Pasquantonio is an all new favorite LGBT+ sci-fi fantasy mystery thriller novel. It's easily one of my favorite reads of 2020. I'm incredibly lucky to have had the opportunity to devour it thanks to Reedsy Discovery. I honestly just happened to stumble upon it while I was going through their current review pool. The cover of the novel isn't something that would usually make me look twice, but I'm glad I did and checked out the synopsis and chapter preview because those certainly hooked my attention. I'll admit that I adored just how geeky and bookish this novel and its characters are. Plus, I can never resist a novel that incorporates the multiverse, its weird complexities and its dangers. Luckily for me, this new release hit all the right notes in my opinion.
As I mentioned above, I loved every second of this story to the point that I totally buzzed through it all in one sitting. I absolutely could not put it down. I needed to know what was going to happen to Mattie, our leading lady. She's bookish yet certainly has got her faults, but they all round her out as a person and help her feel as if she could walk off the page. I also particularly enjoyed seeing just how different the other Earth through the Portal is from our world from their books, technology, and inhabitants. This novel walks a fine balance between twisty mystery thriller and incredibly geeky sci-fi fantasy and it brings out the best of both worlds. I also loved spotting all of the fun references peppered throughout with my favorite being Arsenic and Old Lace (seriously, if you haven't see that classic yet, I can't recommend it highly enough).

Overall, The Matildas by Dave Pasquantonio is a total gem that deserves all the love it can get. I have a feeling you'll want to give it a try if you also enjoyed the Magic Ex Libris series by Jim C. Hines, Zero World by Jason M. Hough, and Dark Matter by Blake Crouch. I need to read more from Pasquantonio in the future. Thanks again to Reedsy Discovery!
My review is also available on Reedsy Discovery and Goodreads.