The Lewis Man by Peter May - Review 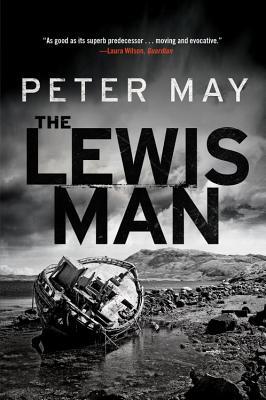 Fin McLeod, ex-detective inspector, left his old life in Edinburgh to return to the Isle of Lewis in order to repair his parent's old cottage and a few old relationships, as well. His plans are interrupted when a body with an Elvis tattoo is found in a peat bog. Fin is reluctantly drawn into the investigation when he learns that the only clue is a DNA match to an old-girlfriend's father, Tormod Macdonald. Tormod always swore he was an only child, practically an orphan, but what's the real truth? Fin will have to dig into the past because Tormod can no longer say, since he now suffers from advanced dementia. Fin is about to uncover deep, dark family secrets as he comes closer to the killer who wishes to keep the past hidden.

Wow! I'm glad I picked up the free ARC copy of The Lewis Man at my local bookstore! I have not read The Blackhouse, the first in The Lewis Trilogy, but The Lewis Man is an excellent plot-driven mystery novel nonetheless. I found myself hooked from the opening pages and I didn't want to put it down. I most liked the first-person POV flashback scenes, as things start to come together nearer the end of the story they just get better and more engrossing. I've always been interested in Scotland, and we get a look into the Outer Hebrides which has a distinct culture. If you're interested in Scotland, the tv show Cold Case, or Henning Mankell's Kurt Wallander novels, you won't want to miss this fast-paced nail-biter! I'll have to read the rest of The Lewis Trilogy!