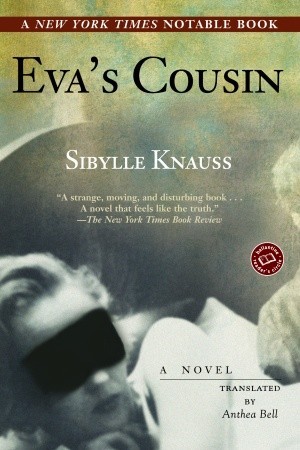 In the summer of 1944, Marlene is excited when her glamorous cousin, Eva Braun invites her to come to Hitler's Bavarian mountain retreat, Berghof. The Berg is a strange sort of paradise, a world of opulence and imminent danger, of freedom and surveillance. Delighted by her cousin's attention, Marlene tries to understand the connection between Eva and Adolph Hitler. In her own way, Marlene begins to quietly rebel by listening to the BBC, which is forbidden by the Fuhrer. An act of mercy toward a slave laborer forces her to question her allegiance to her cousin and country—and to face the reality of Hitler's Third Reich.

I enjoyed the historical aspect of this novelized portrait of Eva Braun. Unfortunately, it took far too long to actually hook me and get me interested in the story. I mean, the concept is very interesting in that Marlene is based on Eva's real cousin named Gertrude and her actual experiences. That should have been enough to do it right there, but the story is very slow to start and sometimes the level of detail that goes into minute aspects of the story just bogs it down.

My favorite section of the book dealt with Marlene's little rebellions. For the most part, no one really knows about them except her, but it really makes the difference for her character. She starts to come out of the bubble of isolation and starts thinking beyond her cousin. I particularly liked reading her interactions with Mikhail starting around page 159. It's really the first time she begins to learn about the reality of the Third Reich first hand. Her listening to the radio is one thing, but actually meeting someone "living" in that world that she's been so separated from is completely different.

I liked the fact that Eva's not presented as a horrible villain (it is mostly negative), but as a very complex person (though it's very clear she's not blameless). One of my issues with Eva's Cousin is that we don't get much of a sense of the wider world at all aside from these little moments. I understand the isolation element, but I think it would have been much more interesting to see a juxtaposition between the hell of war and the paradise of the Berg.

Overall, Eva's Cousin is a slow-moving, retrospective character portrait of Hitler's mistress, Eva Braun, told from the perspective of her cousin, which, unfortunately, doesn't live up to its potential.