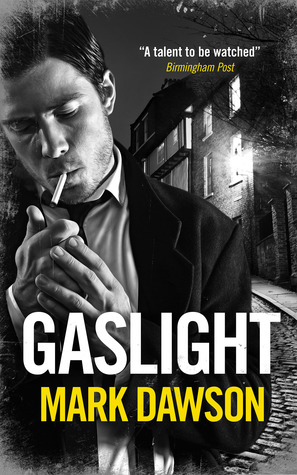 When Harry comes home to London in 1920 after the horrors of WWI, he returns to an ungrateful country without a job, money, or any prospects. Desperate times call for desperate measures, so Harry jumps at the chance to rob a house. Harry and Frank, his brother, then find themselves being blackmailed by a local hood, so they decide to take care of the problem on their own. It turns out that all of London's underworld is in thrall to the man's boss, so they're plan's either incredibly audacious or the dumbest thing they could have done.

When I saw this short story for free on Amazon, I knew I had to get it. The cover, the name, the description - it sounded like it had such potential. I generally like noir, but when I realized it was set in 1920 (which I wouldn't have guessed from the cover) I was wary because that just seems far to early for noir to me. I tend to think of something in the 1930s or 1940s. The author captures the atmosphere well, but tonally, it doesn't live up to a noir - it needs to be punched up more to qualify. While I did enjoy the story and the characters, it just seemed to be lacking something that could have really taken it to the next level.