The Friday 56 (With Book Beginnings): The Gauntlet by Karuna Riazi + 50/50 Friday

This week I'm spotlighting one of my upcoming reads, The Gauntlet by Karuna Riazi.  I actually can't believe I got my hands on it so soon - I was way down the wait list for it at the library, but it ended up coming in much sooner than I initially expected.  I'm really excited to be getting to this diverse MG fantasy that's been described as Jumanji with a Middle Eastern flair!  Jumanji was one of my favorite movies when I was growing up and I still have a soft spot for the movie and I have to admit that I am interested in what they're doing with the new movie.

In the Mizra household, board games were a favorite pasttime.  Monopoly, Trouble, Candy Land, even Memory - all were played with equal amounts of excitement.

Madame Nasirah cleared away the empty glasses and the decimated plate of cookies.  "Of course, the object of the game is to dismantle the city of Paheli.  You do this by winning the challenges the Architect has set up inside-"

This week I'm also taking part in a brand new linkup called 50/50 Friday, which is hosted by Carrie @ The Butterfly Reader and Laura @ Blue Eye Books.  Every week they'll have a new topic featuring two sides of the same coin - this week the topic is Lightest/ Darkest Book Themes or Atmosphere.

Lightest: I had a difficult time narrowing it down for this category, but I ended up choosing a novel tying five stories together via a road trip. 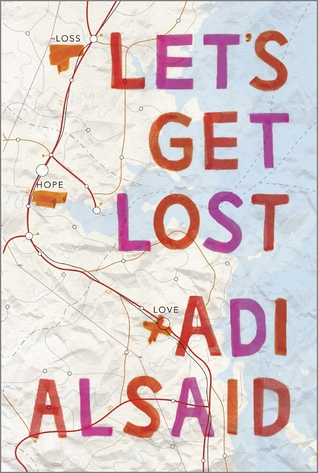 Let's Get Lost by Adi Alsaid - If you like John Green, Rainbow Rowell, or David Levithan, you should really try this contemporary YA novel.

Darkest: This was a hard decision since I've read so many darkly atmospheric books, but I'd say this one is one of the darkest!

Night Film by Marisha Pessl - If you haven't read this you absolutely have to pick it up!  It's brilliant, hypnotic, and chilling ("sovereign, deadly, perfect").