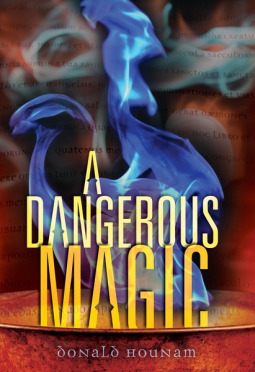 Frank is a forensic sorcerer with powerful gifts. He's pulled into a murder investigation when a bishop gets beheaded. If Frank wants to solve the mystery behind the murder, he's going to have to do some very dangerous magic.

When I discovered this novel on NetGalley, I thought it sounded so promising - just the kind of urban fantasy I needed in my life. In the end, though, I have it admit, it was quite underwhelming in comparison to what I was hoping for. While I liked being thrown right into the world of the characters, and some of the background, I had a difficult time connecting to the characters. I didn't really care very much about anyone at all let alone our leading fifteen year old. Partly that may be because the story jumps around so much, possibly in response to the type of kid Frank actually is.

Overall, this novel has several good things going for it, but it didn't live up to my expectations. There's so much further the novel could go and so much more that the author could explore. You may be interested in trying A Dangerous Magic by Donald Hounam if you like Cassandra Clare's Shadowhunter Chonicles.