Welcome to Sci-Fi Month 2018!  Sci-Fi Month is a month long celebration of all things sci-fi and it's hosted by Imyril @ One More and Lisa @ Dear Geek Place (Image credit: Photo by Greg Rakozy on Unsplash, Quote from The Long Way to a Small Angry Planet by Becky Chambers). 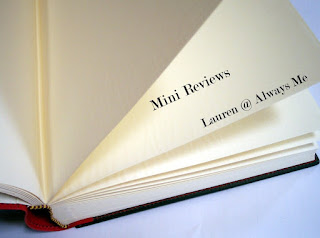 Happy Thanksgiving to everyone who celebrated it today!  You may have noticed lately I haven't been nearly as active as what I like to be around the blogosphere - and I'm sorry for that.  I was planning on being around more for Sci-Fi Month.  Anyway, long story short, I've been having technical difficulties with my home internet provider - that will hopefully be resolved by tomorrow.  Fingers crossed.  Moral of the story, if you have a choice (I don't unfortunately) do not go with CenturyLink - their customer service is the worst I've ever dealt with in my life.  Seriously, at this point I can't imagine it could get any worse.  Now, before I get too angry to think straight, let's get to my thoughts on the books I've knocked off my tbr since my last update.  Without further ado, here we go: 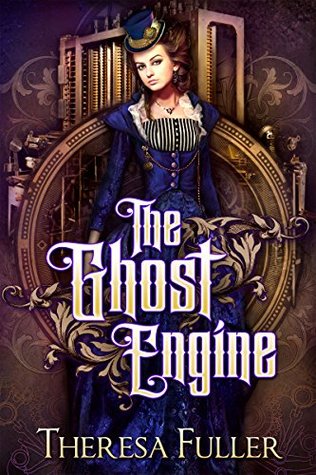 The Ghost Engine by Theresa Fuller sounded like an intriguing steampunk novel featuring Ada Lovelace.  Unfortunately, though, we just didn't get along.  The opening 20% or so of the story was promising.  I liked getting to know Ada - she's quite the feisty heroine and obviously she's based on the real life historical figure.  Plus, the concept of Ada getting sucked into the computer and working with an actual ghost in the machine is pretty cool.  The world-building, the romance, and character decisions are what made me give up on it.  First, the world building was actually confusing while we're inside the computer because nothing gets really solidly explained; secondly, the romance was quite irritating because it was all over the place - Charles was not a well defined character; and thirdly, Ada makes too many inexplicable decisions that don't line up with her personality.  Anyway, thanks but no thanks, NetGalley.

Morning Star (Red Rising #3) by Pierce Brown - I've gotten hooked on this series which I started this time last year.  This will also fulfill a square on my Fall Bookish Bingo board

I've really gotten hooked on the Red Rising series by Pierce Brown and I've really enjoyed each installment. Morning Star is easily my favorite so far - I don't think I could have asked for anything better! It's truly epic - the world-building and characters are top notch. It's incredibly easy to get thoroughly invested in this brutal story with plenty of twists and turns to keep you glued to your seat. It was a true roller coaster - and I was a complete wreck by the time I closed the novel. Now I just need to dive into Iron Gold!

I sped through this novel from November 7 - 8, 2018 and my review is also on Goodreads.  This novel also fulfilled a square on my Fall Bookish Bingo board.

To be honest, I can't imagine a better finale for Obsidio (The Illuminae Files #3) by Amie Kaufman and Jay Kristoff. I've been consistently impressed by these author's combined talents - and they really pulled out all of the stops here. I know I can't properly express just how much I adore this sci-fi series. I didn't want it to end, but I couldn't stay away. I miss all of these characters, but it ended on such a thrilling high note and my sky high expectations were solidly met. If you haven't read this series, I can't recommend it enough. I can't wait to read more from Kaufman and Kristoff in the future!

Renegades (Renegades #1) by Marissa Meyer is a very solid series opener with only a few minor hiccups. Marissa Meyers is one of my favorite authors due to The Lunar Chronicles and I was really looking forward to this jumping into her new series. I will say that I was a little nervous since I'm a big fan of superhero movies, but I haven't really read all that many traditional novels featuring superheroes. I shouldn't have been though - Meyer's talent for world-building, stunning plot twists, and an engrossing diverse ensemble cast really shines. Plus, it was really cool to see what kind of powers she comes up with - some are more standard superhero stuff, but others are quite unique. My only real issue is that it was a bit overlong and drags a bit in some places. Overall, though, I'm dying for the sequel - and I highly recommend her newest series.

I sped through this novel from November 8 - 15, 2018 and my review is also on Goodreads.  This novel also fulfilled a square on my Fall Bookish Bingo board. 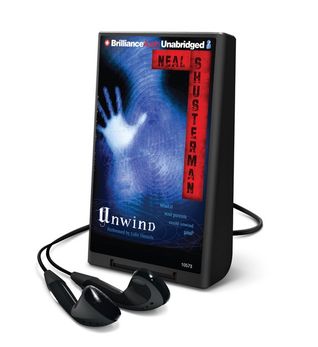 Unwind by Neal Shusterman is the first book I've read by this acclaimed author. Now that I've read it I totally understand what the big deal is. I have absolutely no excuse for putting this novel off for eleven whole years. It's an incredibly timely YA dystopian that tackles many tough topics and it asks real, important questions that don't have easy answers. Not to mention, the fact that Shusterman's writing is stunning and addicting. His world-building and character development are absolutely stellar. Finally, I'd just like to mention that the production of the audiobook is outstanding - there's a reason why Luke Daniels is one of my favorite narrators. If you haven't read this yet, I can't recommend it enough. I need to continue on with this series! 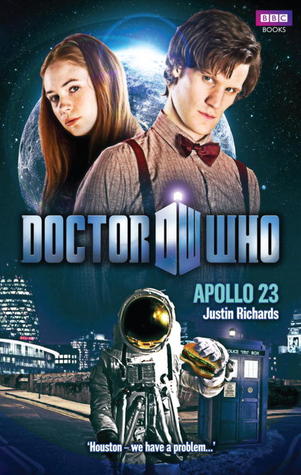 I've gotten pretty lucky with my experience with the Doctor Who tie-in novels and Apollo 23 is no exception. It's a fun adventure featuring the Doctor and Amy and Richards author did a good job of capturing the spirit of the characters. Plus, it was cool to see a story that's partially set in the U.S. 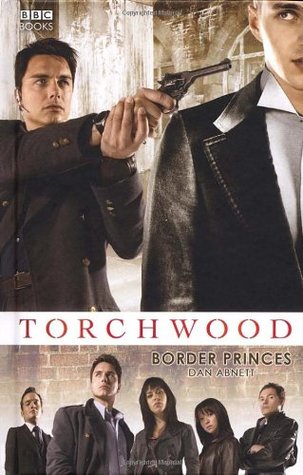 I wanted to love Border Princes (Torchwood #2) by Dan Abnett, but I think I'll just stick with the tv series rather than attempt the tie in novels. The characters I've become attached to don't feel like themselves. It had it's moments, but not nearly enough to keep me reading.

I attempted to read this novel on November 22, 2018 and my review is also on Goodreads.


Have you read any of these books?  Are you taking part in Sci-Fi Month this year?  As always, thanks for visiting my blog and perhaps even commenting down below!