Tale of a Silver Lion: Refuge Ending (The Stonemaster #1) by Gene Herington - Review 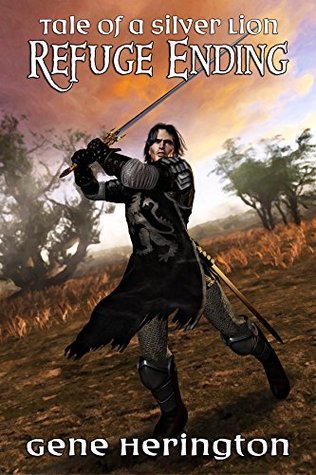 I received an ecopy of this book from Book Review 22 in exchange for an honest review.


Pencheval never considered that boredom could be so brutal. The weary mercenary had sought respite in the Emerald Refuge, a secluded valley under the care of the Temple of Athesiene. His reputation had given him both wealth and trouble and two years of it was wearing hard on him. But the quiet contemplation of his life led to boredom and the job he should not have accepted. Reinforcing a patrol should have been easy. Instead, he's thrust into the fight of his life with a threat that could end him and the Emerald Refuge. Now boredom is the least of his concerns when he may not survive the night.

Tale of a Silver Lion: Refuge Ending is the first installment of The Stonemaster by Gene Herington. It isn't that often that you come across an epic fantasy that's only forty-seven pages long. Herigton's story is a decent intro to Pencheval and his world. I enjoyed getting to know him, even though he has some pretty serious psychological baggage. Let's just say he's good at what he does. Unfortunately though there's not a whole lot of time to develop the rest of the cast or really go into detail about the world they inhabit. Plus, by the time I made it to the end, I was surprised at just how abruptly it cut off. I guess I was really wrapped up in the story. Overall, this story is a good start, but it's just so short that it's all over before you can do more than get a taste of it all. Now I'll have to continue on with this series of short epic fantasy stories to learn more.

Thanks again for this opportunity, Book Review 22!