Welcome to week three of Lys @ The Mad Reader's Chicken Challenge!  This week I'll be taking part in the Chicken Challenge Book Tag that she has created for us.  Without further ado, let's get to the tag:


1) Name a book that scared you 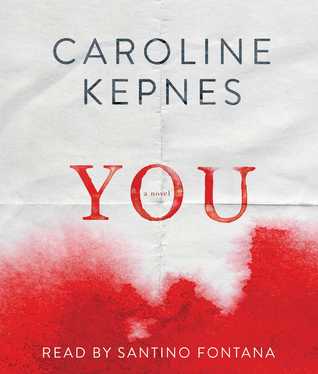 You by Caroline Kepnes - If you have read this, or listened to the audiobook in particular, you'll certainly understand just how chilling this novel is!

2) What's the funniest prank you pulled

Didn't start off as a prank really, but in a way it became one - freshman year of college class required a journal entry 3 times per week at half a page each. You could do it on anything, even use it to write a continuous story of any genre.  I ended using it to write a story featuring a found trapdoor under the carpet in an upstairs bedroom at my home (the main part of the house is 150ish years old and there are known Underground Railroad houses in the area) and where it lead.  Sometime before my story was complete, I ran into my professor getting lunch in the student union.  We started chatting and she mentioned my house, and me thinking she was just wanting to talk about my story.  I realized after a bit that she was thinking it was a true story and that I had stumbled upon a hidden room in an actual Underground Railroad house - my house.  When I finally revealed the truth, she was kind of disappointed that I had just made up the whole thing, but she was also proud that I'd really made her believe in it all for a couple of months!

The most interesting story that I can think of actually happened in my area involves a con man and an abandoned funeral home - it's practically reached urban legend status. Basically, the owner of the funeral home one day decided to up and leave after taking the payments of the bereaved, leaving untold bodies to decay naturally in the building. They eventually caught the owner. Nowadays the old funeral home has been converted into a restaurant. They never seem to stay in business long – it’s changed hands approximately 10 times in 10 years. Those who tend to eat there aren’t locals and don’t know the history or at locals looking for an interesting story. I’ve never eaten there and probably never will!

It, but technically it's a miniseries.

5) What is your dream costume

Hermione Granger - probably not a surprise, there!

Probably squid or frog's legs - one of my favorite restaurants started serving them so I gave them a shot.  I ended up liking the frog's legs quite a bit, but not so much the squid.

7) If you were a fictional vilain, who would you be a why

Loki would just be so much fun!