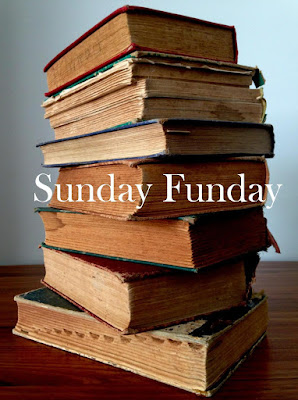 I've had quite a week!  At work, things have been pretty crazy on both fronts coming off of Thanksgiving.  Nothing astoundingly crazy happened in the home improvement end of retail, aside from a huge sale that wrapped up with me assisting a confounding customer for nearly an hour and a half (twenty minutes of which was after the store closed). 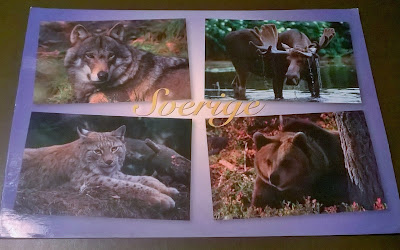 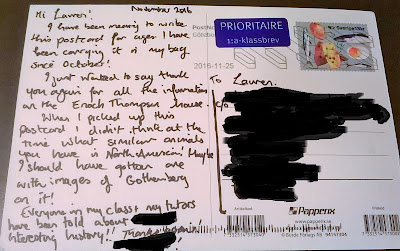 In the library world, our library has received a 3D printer on loan for the third time which is always promising - and lots of fun to boot!  The highlight of my week at the library was easily Friday - my boss informed me that I had received a postcard.  I expected to see some kind of promotional thing, but it turned out to be from a satisfied patron - an Irish woman who's going to college in Sweden!  As it turns out, this patron had stumbled upon a photo of a house that burned down a few years ago and wanted to know more about it - she found our library because the photo happened to mention our village.  That house had a lot of interesting history, plus it featured stunning architecture.  I worked with her via the web and as a thank you she sent me this post card - based on the postmark it took a little less than a week to arrive.  Very cool!  Thank you so much - it really made my (our) day! 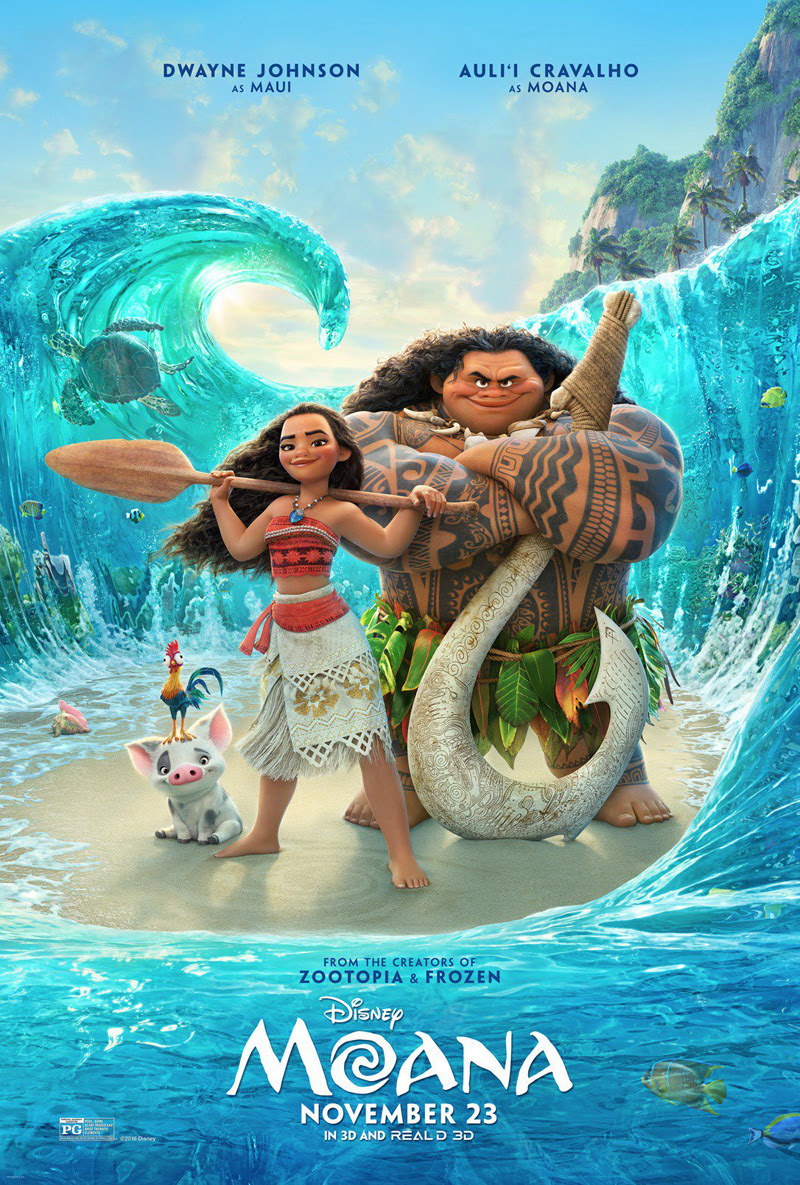 In other news, I also got to see Disney's newest release, Moana, which along with Doctor Strange and Fantastic Beasts and Where To Find Them was one of my most anticipated movies of November!  I actually had Tuesday evening off which is the same day that the movie theater charges only $5 per ticket all day, so I really lucked out in that regard.  The movie focuses on Moana's quest to save her island and her people (as the daughter of the chief and a future leader) from ruin which also involves finding Maui, a demigod, and asking for his help.

For me, Moana is easily within the top five of favorite recent Disney films.  I love the fact that there is no love story - it's a brilliant adventure fantasy that explores Polynesian mythology with a great soundtrack.  The cast of characters is very engaging and I have to say that Moana and Maui play off of each other well.  Moana herself is a breath of fresh air - she's courageous, curious, and determined - and her role as future ruler doesn't hinge on finding romance.  She's far too busy saving her people, her island, and discovering herself in the process to be bothered by that kind of thing - and I loved that! Auliʻi Cravalho, the actress behind Moana, has a great voice and I truly hope this is the beginning of a long career for her.  While Moana gets some fantastic songs, I'd have to say that Maui's song, "You're Welcome", and the villain's song, "Shiny", stand out the most.  I particularly liked the David Bowie influence on "Shiny".

Overall, you have to see Disney's newest offering with Moana!  Of course, it's visually stunning, but better yet it's lots of fun and very empowering.  If you liked The Girl From Everywhere by Heidi Heilig, I'd bet you'd get a real kick out of this new musical, showcasing the talents of Lin-Manuel Miranda.  It's a must watch for all Disney fans, young and old.  And, now it's just a waiting game for the release of Beauty and the Beast!

The real high point of my week was yesterday, Saturday, December 3rd.  The day before I had learned that my local bookstore was hosting the YA author Mindy McGinnis for an afternoon signing.  I actually had the weekend off, so I definitely wanted to make it over.  I've been to a signing there in the past for a local author during a summer event and it was quite busy, so I'd be lucky if I was able to chat with the author for more than a minute or two.  I expected things to be the same way yesterday, especially since they had a pretty well known YA author.  However, I was the only visitor for approximately a half an hour and got to chat with her (along with the bookstore owner and the bookstore assistant) for the entire time.

As soon as I walked in, the bookstore owner came over and said to let her know if I needed help with anything, and that she wanted to let me know about the signing for her newest release.  She was floored when I had just finished it and I that I loved it (be on the look out for my review) - she took me over to Ms. McGinnis and introduced me.  I couldn't believe it!  And, I was even more surprised when Ms. McGinnis said I looked familiar.  I've interacted with her before on Twitter, but I thought there was no way that it could be related to that.  I could only guess that it was somehow library related.  Anyways, the entire situation was very cool (if maybe only a little awkward) and we all talked about several topics - how much we enjoyed The Female of the Species and just how intense it is, her other books and characters, the cover art (the same cover artist worked on all of her books), library service, stories from other events, and more.  At the end, she signed and personalized my copy and gave me some extra bookmarks to share with patrons at the library.  Thanks for being so welcoming and kind, Mindy!  Later, when I shared the photo above on Twitter, Mindy responded to me that I should have said I was this Lauren - that actually might have been the most surprising and exciting thing of all!