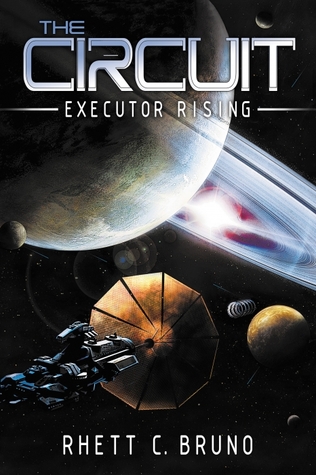 The remnants of humanity now consists of colonies called the Kepler Circuit. It's been centuries since Earth became an uninhabitable wasteland. One of the most important resources to humanity is only found in Earth's mantle which is provided by the colonies. A new religious group controls most the Circuit and their freighters are getting attacked making them suspect their enemies. Sage, a spy, has been tasked with discovering the truth by infiltrating the enemy camp and the more she learns the more she begins to question her leaders.

Intense, fast paced, and intriguing world-building, but I had trouble connecting to the characters. Aside from having difficulty connecting to the characters, I also wish that we got a little more background when it comes to the world-building than we ended up with. However, I still think that I will come back to the series for book two. If you are interested in dystopian stories with an almost space opera/ cyberpunk flavor, you may want to try this debut novel. Fair warning, though, due to it's use of sudden graphic violence, it isn't for the faint of heart.