Only the Dead Know Burbank by Bradford Tatum - Review 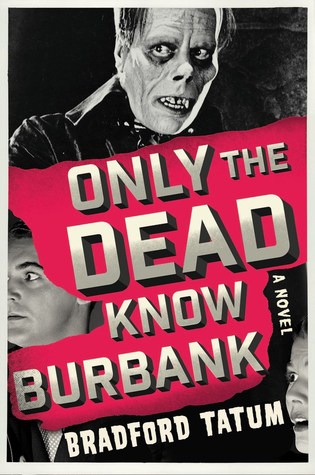 Maddy survived WWI in Germany and the Spanish Flu, but she has changed. She knows the true meaning of horror - she remembers waking up in a grave, her mother performing a strange ritual, blood, and fever. Although she's changed, she can no longer physically change - she doesn't eat, sleep, or age, and she can no longer die; she is now immortal. Stunning audiences as a street performer with crazy stunts that push normal human limits, she finally finds her calling in the burgeoning film industry of Berlin (The Cabinet of Dr. Calligari). She practically invents the modern horror genre with her intimate knowledge of fear and death. Soon Maddy finds herself working in Hollywood as the secret genius behind classics like Dracula, The Phantom of the Opera, and Frankenstein.

Only the Dead Know Burbank by Bradford Tatum is a very well-researched dark and gritty horror, historical-fantasy novel. I found myself absolutely hooked right from page one on Maddy's story. It has so many things going for it - it touches on some of the most interesting time periods to read about, has a brilliant and gruesome fantastical elements, and is an excellent homage to classic horror films and old Hollywood. As a fan of classic horror films, I loved reading a novel that does such a wonderful job exploring the behind-the-scenes of the studios and everything that's involved with getting a film off the ground. This novel also features great characterizations. As much as I enjoyed Maddy, who offers incredibly compelling perspectives, I believe my favorite character to read was actually Boris Karloff. He's portrayed as a very thoughtful figure who develops a respectful relationship with Maddy - the two have a great connection. Lon Chaney also has an interesting relationship with her as well.

Overall Only the Dead Know Burbank is a must-read for fans of well-researched historical fantasy with a healthy dose of gritty horror. If you have an interest in well-developed characters, old Hollywood, and classic horror films, you absolutely need to do yourself a favor and pick up this novel. I, for one, am looking forward to Bradford Tatum's next book.