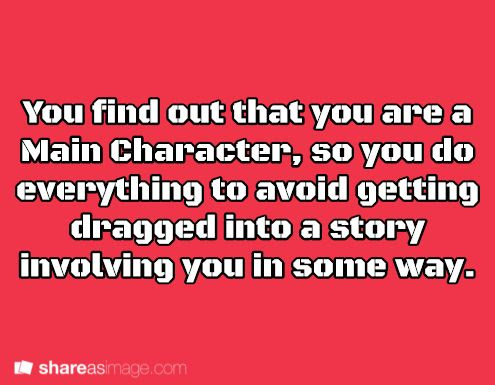 We Meet Again - This time I'm continuing my story from April.

It had been few months since I'd last seen the man I'd dubbed the well-dressed time traveler.  That Sunday that I fully expected to see him again came and went without fanfare.  I couldn't help but wonder if whatever had seemingly been after him had finally caught up with him, or if I was simply imagining him, since no one else had noticed him after all.  Then I ran into him.  More accurately, he plowed into me at a dead run while I was carrying a big, open box of paint brushes up the middle aisle (the one behind the department desk and behind our department's shopping aisles).  One second I was walking up the aisle with the nearest people down at the far end of the store, then he's five feet from me and running flat out.  I had no time to get out of the way so I froze like a deer in the headlights, hoping he would somehow avoid hitting me at full speed.  He didn't.

Concrete floors are not comfortable to wipe out on.  I only had a second to lie there and catch my breath after having the wind knocked out of me before he'd scrambled up and was yanking me to my feet.  I eyed him while gasping for breath - it was definitely him, but this time his style was very '90s grunge - think Kurt Cobain.

"You!... Why do I... keep seeing you?"  I wheezed as he started to pull me along.  "Looking like you just stepped out of another era (I pointedly glared at his frayed and oversize cardigan) ... And then you kept disappearing.  What are you?... Some kind of time traveler?  At a hardware store?!"  It kind of hurt to laugh.

He stopped suddenly but before he could say anything there was a flash of white light from behind us.  I turned to look, but he resumed pulling me in the opposite direction, cursing all the while.  He pulled me behind one of the other department desks that happened to be empty at the moment.

"I didn't expect to find you so easily.  You're supposed to come back with me -"

"Back to the future, right," I scoffed.

"Yes!  You remember - this will make things so much easier!"  He seemed excited.

He had to be joking, but I couldn't come up with a good enough retort.  "What?"  How do you respond to something like that?

"After that last memory wipe, I've been looking all over for you, but they were after me so I couldn't spend much time anywhere.  It took me a while to pinpoint your location to this store, but it's so big and I had no idea when exactly you'd be here.  Seriously, though, a hardware store?"

What. A. Lunatic.  I don't know who this guy thought he was, stylish time traveler or not, but he must have been completely bananas.  I wasn't going anywhere with this guy and I let him know that in no uncertain terms.

He looked hurt, but he got up, looked me in the eye, and said, "I will find you" or some such nonsense.  Then without a backward glance, I watched him run back out into the middle aisle and get the attention of the things that came out of the light - whatever they were they weren't human - and took off up the aisle.  I saw him roll up the sleeve of his torn cardigan and stab at some device wrapped around his wrist.  White light flashed in front of him and swallowed him up as he ran headlong into it.  A millisecond before it closed, the things that had followed him to my store sprinted into it as well, closly trailing after him.

If I was honest with myself, I wanted to know more, so, so much more, but somehow I'll attempt to do my own research first, or search my own memories even.  No way was I trusting his word alone.

I stood and walked over to my now empty box of paint brushes.  The one hundred brushes that had been in the box were scattered all over the floor.  I hoped I could find them all, and that none of them had gotten broken.  I started picking them up before my boss could could come around the corner and see the mess.

Next time, I'll be ready for him.