The Fade Out by Ed Brubaker and Sean Phillips - Review 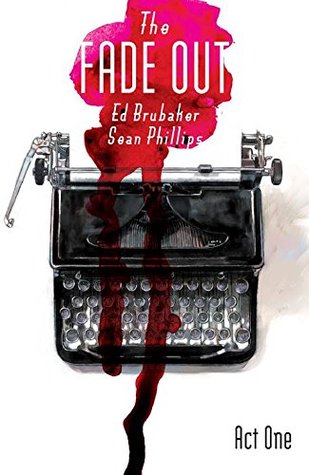 Nothing is what it seems to at Victory Street Pictures, a movie studio in operation at the end of Hollywood's Golden Era. Their newest noir film is stuck in reshoots, a screenwriter who didn't come back the same after the war drowns his sorrows in the bottle, and the starlet has died under mysterious circumstances has been replaced by a lookalike. Soon, they'll have no choice except to believe their own lies.

Ed Brubaker's The Fade Out is a favorite new graphic novel series. I'm a huge fan of film noir and hard-boiled crime fiction, so I loved every gritty second of the world behind the movie (and novel) genre I enjoy. The color, tone, and art style had everything I could have wanted from the series. Ed Brubaker's storytelling and Sean Phillips illustrations complement each very well. If you're looking for an all engrossing graphic novel mystery, you can't go wrong with this dark peek into the world of the Golden Era of Hollywood. Plus, even Clark Gable makes a cameo appearance - I think that earns a star all by itself! 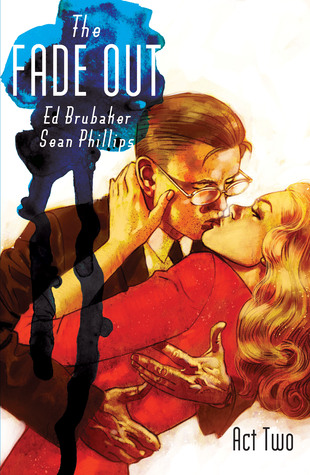 Act Two of The Fade Out delves deeper and deeper into the mystery presented in the first act. It's full atmosphere and so many elements of the installment are pitch-perfect to the genre. We get to further explore the seedy world of Hollywood and Los Angeles - Charlie's world is fully realized. The volume also features some great cameos by Dashiell Hammett, Humphrey Bogart, and Desi Arnaz, all of which combined earn their own star. 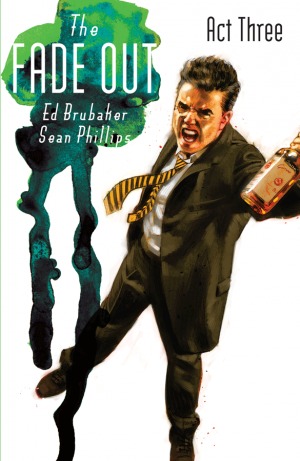 Act Three wraps up this great graphic novel series in absolutely perfect (and depressing) noir fashion. If you love classic film noir, the sleazy underbelly of classic Hollywood, and a compelling mystery, you'll be hooked on this superbly crafted and highly detailed series by Ed Brubaker and Sean Phillips.  I can't recommend this series highly enough.  I will need to read Brubaker's and Phillips's collaborations together in Criminal and Fatale.

I read this graphic novel series from August 1 - 5, 2016 and my reviews can also be found on Goodreads for volumes one, two, and three.