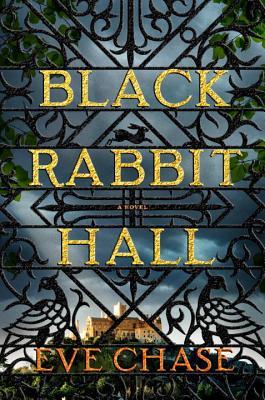 Lorna hopes to get married at the grand old country manor, Pencraw Hall, aka Black Rabbit Hall. She's pretty sure she's been there in the past with her mother, and the more time she spends there making wedding plans, the more memories surface from thirty years ago when she was young. As she gets wrapped up in the history of the house, she realizes she needs answers about her own past and of the family who lived there in the past.

Eve Chase's debut novel Black Rabbit Hall is a fantastically atmospheric debut featuring equally fascinating parallel story lines between both Lorna in the present and Amber in the 1960s. While reading, I found myself totally invested in Chase's fully fleshed out characters and piecing my way through the mysteries of the past with Lorna. As much as I enjoyed the human characters, I also liked how much of a living character Black Rabbit Hall itself is - you can practically feel it breathing. Overall, I couldn't get enough of this debut novel. I will definitely be keeping my eyes open for any future titles by this author. If you enjoy Rebecca by Daphne Du Maurier, The Little Stranger by Sarah Waters, or Alfred Hitchcock films, you will love Black Rabbit Hall by Eve Chase.