On Friday's I take part in three weekly link ups - The Friday 56, hosted by Freda's Voice, Book Beginnings, hosted by Rose City Reader, and 50/50 Friday is a new weekly link up and it is hosted by Carrie @ The Butterfly Reader and Laura @ Blue Eye Books.  For The Friday 56, you choose a book, a book you have just finished, a book you are about to start, your current read, and share a line or a few lines that grab you (but don't spoil anything) from page 56 or 56% of the way through the ebook.  Post it and share your post's url on Freda's most recent Friday 56 post.  As for Book Beginnings, you share the first sentence or so and your initial thoughts, impressions, or whatever else it inspires, and then link up your post's url with Rose City Reader.   Then, for  50/50 Friday, every week there's a new topic featuring two sides of the same coin - you share a book that suits each category and link up on the hosts blogs.

This week I'm spotlighting one of my current reads, Six of Crows (Six of  Crows #1) by Leigh Bardugo.  I'm not very far yet, but I can already see why it's so popular!  I don't know why I didn't start in on this earlier!

Joost had two problems: the moon and his mustache.

He was supposed to be making his rounds at the Hoede house, but for the last fifteen minutes, he'd been hovering around the southeast wall of the gardens, trying to think of something clever and romantic to say to Anya.

If only Anya's eyes were blue like the sea or green like an emerald.  Instead, her eyes were brown - lovely, dreamy... melted chocolate brown?  Rabbit fur brown?

"Just tell her she's got skin like moonlight," his friend Pieter had said.  "Girls love that."

Kaz didn't like the idea of some Grisha moving things around in his head.  But he wouldn't be surprised if Hoede deserved whatever he'd gotten.

50/50 Friday: Character Most/ Least Likely To Run Naked Down The Street

I had a really difficult time with this one.  I ended up going with classic characters rather than current YA characters actually.

Don Quixote - Seems unhinged enough that he'd might go for it! 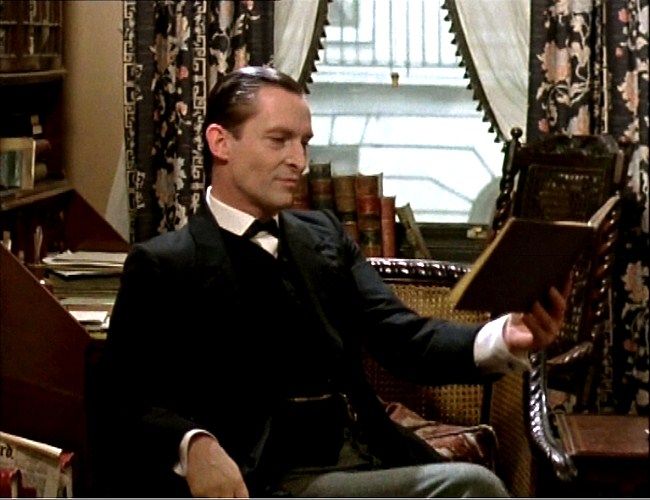 Sherlock Holmes - Probably the least likely thing he'd ever do - unless on a case, then that might change the odds a touch.