December 18, 2017
Welcome to my stop on the Fiery Seas Publishing cover reveal of Boy of Blood by Megan O'Russell!  It sounds like a fantastic upcoming YA dystopian release!  Read on to learn more about the book and the author: 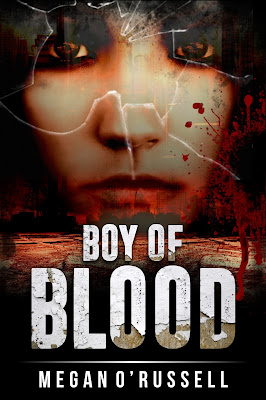 After Nightland’s vicious attack on the domes, the safety and perfection of the world within the glass has been contaminated. Desperate to rebuild, outsiders are allowed into the domes to help, breaking the cardinal rule: outsiders and Domers must always be separated. But the city is in shambles, crumbling into chaos without the Vampers of Nightland to keep order, and one name is carried on the wind: Nola.

Clinging to Jeremy, Nola struggles to find a way to exist in the domes, turning her back on all she learned in the city. But when one of the outsiders brings the dark secrets of the domes to light, the line between survival and murder blurs against the spectre of the dying world.

Can Nola follow the dark path laid out by the Domes? Will the dangers of the night become her new sanctuary? 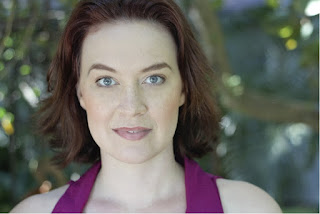 Megan O’Russell is the author of the young adult fantasy series The Tethering, and Nuttycracker Sweet, a Christmas novella. Megan’s short stories can also be found in several anthologies, including Athena’s Daughters 2, featuring women in speculative fiction. Megan is a professional performer who has spent time on stages across the country and is the lyrist for Second Chances: The Thrift Shop Musical, which received its world premiere in 2015. When not on stage or behind a computer, Megan can usually be found playing her ukulele or climbing a mountain with her fantastic husband.