August 24, 2014
Most exciting news of the week: I won and received two new books and that's always awesome!  Through the Goodreads Giveaways First Reads Program I won a copy of The War of the Sidhe: Dawn Arising by Annalise Josephine Sullivan (sounds very interesting)

and Renegade by J. A. Souders (doesn't it look great!)

through an Author Q & A hosted by one of my favorite Goodreads groups David Estes Fans and YA Book Lovers Unite!

Second most exciting news of the week: I have the entire weekend off from work which hardly ever happens so yesterday I went to the nearest Der Dutchman Restaurant and then Barnes and Noble.  By the way, Der Dutchman makes some excellent pies and I can't recommend their Rhubarb Crumb enough...my mouth is starting to water just thinking about it!  Anyways, I purchased two new books Hunted by Kevin Hearne (The Iron Druid Chronicles #6 - I can't get enough of this series)

and Dead Things by Stephen Blackmoore (it's been recommended to me so many times I figure it's time to see what the fuss is about!) with fantastic cover art by Chris McGrath, as usual.  McGrath is one of my favorite contemporary fantasy illustrators and this is no exception!

Yesterday, I also wore one of my favorite tee's which looks like this: 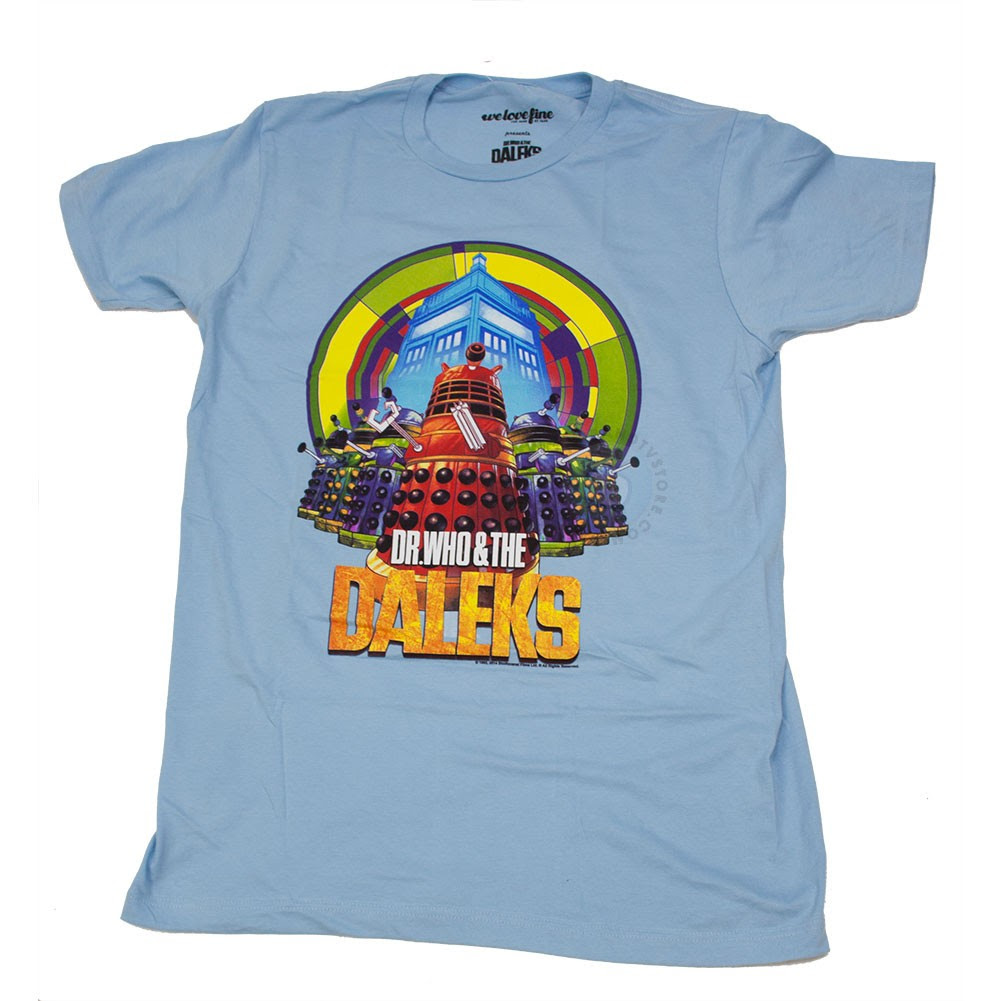 I love watching Doctor Who and since season eight kicked off last night what better opportunity to wear it.  I got quite a few comments on it, too!  Unfortunately, I don't get BBC America on my tv, so it will probably be a while until I can actually watch it.

I also made it to Ollies and Goodwill this week and got some deals!  (It's like I'm addicted, I know!) :)

I walked away with

I'm really looking forward to all of them, but I've really got my sights set on Proxy, Out of the Easy, and Devil May Care.  I've also read Jeeves and the Wedding Bells by Sebastian Faulks (author of Devil May Care in this group of books) and he really captured the tone and style of the original P. G. Wodehouse stories, so I'm interested to see what he makes of Ian Fleming/ James Bond.

Since last week, I've had the chance to finish up several stories including Blast of the Dragon's Fury (Andy Smithson #1) by L. R. W. Smith (Mermin, not Merlin), Penny Palabras Season One: It's Later Than You Think by James B. Willard (a deliciously dark urban-fantasy graphic novel), A Monster Calls by Patrick Ness (I will read anything this author cares to write!), Shimmer by Claudette Melanson (a short little fairy tale), and The Book Without Words by Avi (a fable with potential).

and I'm loving it!  I'm hoping to finish it today since I have the rest of the day to myself.  I can't wait to see what happens!  Like the cover says, if you enjoy Game of Thrones and The Hunger Games, you'll love it!

I'm also still listening to Snow Crash by Neal Stephenson on audio cassette and it's still fantastic.  If you like Cyberpunk or Dystopia, sword fights, skateboarding, virtual reality, high-speed/ high-stakes pizza delivery, mythology, and epic characters, you should really look into this one!

In other book related news, I love, love, love the Celestina Warbeck and the Banshees performance at Diagon Alley in Universal Orlando.  If you haven't watched it and you are obsessed with anything Harry Potter related like I am, do yourself a favor and go watch it! Someday, I hope to actually go to The Wizarding World of Harry Potter at Universal Orlando...if only it were a little closer.

Since I brought up Doctor Who earlier I thought I would mention that most of what I've been watching this past week, when I've had the time that is is Doctor Who!  I've been rewatching my dvds lately and I'm currently working on series four.  I would say David Tennant is my favorite actor to play the character and I'm also excited to see what Peter Capaldi does with the character.  As for live tv, I'm also liking Extant with Halle Berry and Under the Dome.  It nearly lost me but with the newest twist these last couple of episodes it successfully recaptured my attention.

Now off to find lunch and continue with Throne of Glass!  Have a great weekend!