The Cathedral of Fear (Sherlock, Lupin, & Me #4) by Irene Adler - Review 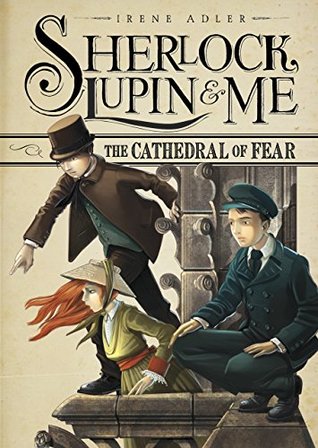 Shortly after Irene and her family move into their new home in Evreux, Normandy, she is approached by a mysterious woman muttering about Irene's mother being in danger before she disappears. This is the first of several mysteries that Irene and her friends Sherlock Holmes and Arsene Lupin find themselves investigating.

When I first picked up this novel, I didn't realize that it's the fourth book in the Sherlock, Lupin, and Me series as told by Irene Adler. The concept of putting these three characters together before we "know" them is what attracted me right away. Of the three, I'm least familiar with Lupin. I knew going in that he's known as a gentleman thief, like Simon Templar from The Saint. (Has anyone else played the PC game Sherlock Holmes: Nemesis?) Overall, I liked the story and writing style, but at times I felt out of the loop. For example, Sherlock and Irene don't feel at all like the characters I know and love, or at least they don't yet. That's probably a sign I should read the first three books in the series.