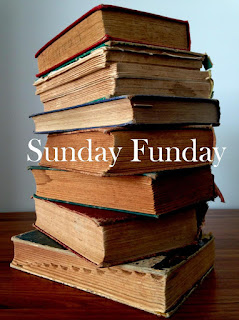 Happy Sunday everyone!  Welcome to my first Sunday Funday since the beginning of October - and my first Sunday Funday post of Sci-Fi Month 2017.  I had so much fun last year taking part in this month long event and this year is going to be even better - if you want to learn more about it, or sign up yourself, check out this earlier post of mine.  Anyways, today I'm sharing my thoughts on the newest MCU film, Thor: Ragnarok, which is directed by the talented Taika Waititi.  Spoiler alert: Of all of the Thor movies, this is the best one!

After facing visions of Ragnarok, aka the end of Asgard and the death of the gods, Thor has to move quickly to put a stop to this long prophesied destruction.  Thor has a lot on his plate - he has to come to terms with terrible loss, life altering truths about his family, and he's going to have to figure out how to escape the Grandmaster of Sakaar's gladiatorial games while he's at it.  If he's going to have any chance of succeeding and saving his fellow Asgardians from the destruction of Ragnarok, he's going to need all the help he can get.

I have to admit that I had really high hopes for this movie, but I definitely had my concerns going into the theater.  First, I was really pleased to see Taika Waititi directing such a high profile movie - I mean have you seen his work in What We Do in the Shadows and Hunt for the Wilderpeople?  (If you haven't I can't recommend them enough!)  I've really liked his style and his sense of humor and I was beyond excited to see just where he'd go with a fairly serious character (and series) like Thor.  On that note, I was excited to see Chris Hemsworth get to be funny in his role as the God of Thunder.  If you saw the new Ghostbusters movie, you'll know that Hemsworth totally held his own against his castmates and stole the show.  Plus, those two Team Thor shorts were hilarious.  On the other hand, Thor: The Dark World was a bit of a let down after the solid first chapter of his story.  In the end, though, Thor: Ragnarok is a lot of fun, it's refreshing, and we get to see Chris Hemsworth's great comedic timing at work.

Now, we also get to see some great new characters, and we get to see some favorites return.  Hela, played by Cate Blanchett, is one of the better MCU villains that we've had in quite awhile.  Let's just say that she really follows through on her promises.  I also loved the newest member of the team, Valkyrie, but Korg (voiced by Taika Waititi himself) honestly steals the show.  He gets some of the best lines.  Did anyone catch that line about the three pronged wooden spear, where he says "it's not much use unless you want to kill three vampires who are all clustered together"?  Yeah, that was totally a reference to What We Do in the Shadows!  Anyway, as usual Tom Hiddleston's Loki is back in top form and has a lot of great moments - everyone at the theater broke up during the "get help" scene - and Anthony Hopkins does an awesome impression of Loki, by the way.  Plus, Cumberbatch's scene as Dr. Strange is pretty darn good - Hemsworth and Hiddleston really play well against him.  Finally, I particularly enjoyed seeing just how much Thor has grown as character over the course of all of his appearances in the MCU - and the direction that Waititi has taken this film has really let Hemsworth's skills shine through in a new light.  Just so you know, though, the movie isn't all laughs - quite a few characters don't make it, and not all of them are nameless bad guys either.  Don't forget to watch for Stan Lee's cameo which is pretty great - and the actor cameos of those playing the actors for Odin, Thor, and Loki in Loki/ Odin's play!

Do you plan on seeing this movie, or any of the ones I hope to see next?  Are you taking part in Sci-Fi Month 2017?  As always thanks for visiting my blog and perhaps even commenting down below!