November 29, 2017
Happy Wednesday everyone and welcome to my stop on the Fiskur Blog Tour from Fiery Seas Publishing, LLC.  Read on to learn more about this book, the author, see an excerpt from the story, and to watch the book trailer!  On to the tour: 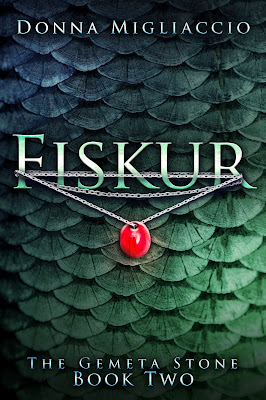 With his family's talisman in his possession, Kristan Gemeta is ready to face the Wichelord Daazna – but he has no inkling of the scope of Daazna's power, nor the depths of his hatred.


With the recovery of his family's protective talisman, Kristan Gemeta has found hope, courage – and perhaps even the first stirrings of love. With the aid of Heather Demitt, her band of rebels, a shipload of Northern brigands and the legendary Kentavron, he readies himself to face the Wichelord Daazna. But neither he nor his comrades realize the strength of Daazna's power and hatred. The Wichelord's first blow comes from a direction Kristan least expects, with horrific, lasting consequences.

The badger’s claws were worn to bloody stumps, but Daazna drove it brutally onward. Earth and rocks and roots hurtled past, hammering the badger and the burden it dragged. The Gemeta had ceased struggling some time before, but Daazna could still feel his pulse, beating strongly in the leg the badger gripped in its jaws. Yes, live, he thought. I don’t want you dead, Gemeta. Not yet.

At last he sensed the looming mass of his castle ahead, and he forced the badger up and up, through gravel and sand and soil. It erupted from the earth by the keep wall, opening its jaws in a final, tortured gasp. As it expired, Daazna flung his senses through the keep wall. He found his inert body, thrust himself into it, sucked air into his lungs and lunged upright with such ferocity that those clustered around him – guards, commander, mother – leaped back with cries of fear. On cold, numb legs, Daazna lurched from the keep to the badger’s hole. Kicking the torn black-and-white body aside, he dropped to his knees and plunged his hand into the tunnel. His fingers locked on the Gemeta’s ankle and he pulled with all his strength. Battered and bleeding, the Gemeta’s body burst from the earth.

“Get out of my way!” Daazna shrieked at the people gathering on the keep steps. He dragged the Gemeta past them into the keep, through the great hall and down the corridor to Iele’s chamber. He kicked open the door and slung the Gemeta inside with such force that the boy’s inert form skidded halfway across the room. Daazna slammed the door shut and pressed himself against the wall. “Chamaeleonte,” he whispered. His body sank backward into the stones and became cold, gray and still.

The Lost Men made their slow and deliberate way around the room, pacing past the crumpled figure on the floor. At the back of the room there was a faint splash as a dripping, green-clad form heaved itself from the pool and insinuated itself among the Men. Within the wall, Daazna smiled. Iele was alert and watching.

Suddenly, the Gemeta’s chest heaved. Coughing painfully, he struggled to his hands and knees. His dirt-matted hair hung in his face, his tunic and leggings were in tatters, his exposed flesh was scraped raw. He sat back on his heels and raised one hand to his chest. Daazna nearly giggled at the utter desolation in the boy’s face when he realized his Stone was gone. 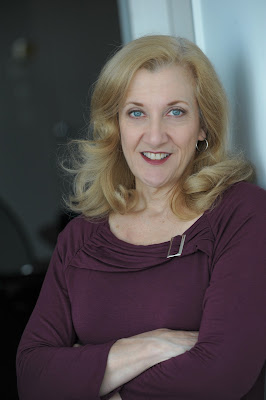 Donna Migliaccio is a professional stage actress with credits that include Broadway, National Tours and prominent regional theatres. She is based in the Washington, DC Metro area, where she co-founded Tony award-winning Signature Theatre and is in demand as an entertainer, teacher and public speaker. Her award-winning short story, "Yaa & The Coffins," was featured in Thinkerbeat's 2015 anthology The Art of Losing.