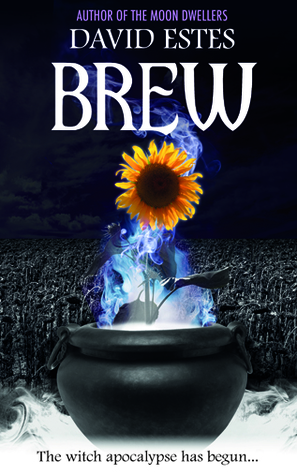 Salem's Revenge comes swiftly without warning and without mercy. Gangs of witches, warlocks, and wizards unite to wipe out the practically powerless human race. Rhett Carter's foster family is killed and his best friend and girlfriend are captured by one of the most powerful witch gangs out there, the Necros. Rhett's mysterious neighbor, who happens to be handy with a sword, saves Rhett from being another victim and teaches him everything he needs to know to survive in the new world. The only thing really keeping Rhett going is his need for revenge, that and his new witch hunting skills and his magged-up dog called Hex. His mission is to hunt down and kill those responsible for destroying everything good in his life. However, there are a few secrets Rhett doesn't know about himself - secrets that the enemy will stop at nothing to keep him from discovering - and learning the truth just might be the only hope humanity has left.

Brew is refreshing, thrilling, darkly twisty, and action-packed, and I loved every second of it. It honestly had me at witch apocalypse. You don't see those every day! Did I mention that Rhett is a book-blogger turned sword-wielding witch hunter? That's a character I can definitely support! And, his dog, Hex, has some pretty cool magical powers after having been experimented on by witches. As much as I liked Rhett, I loved the fiery Laney with her shotgun and magged-up Glock and her odd little sister named Trish. I also enjoyed Rhett and Laney's working relationship, which could range from funny to heart-breaking. I can honestly say that I'm glad there was no romantic aspect to their relationship, up to this point at least.

Aside from the fantastic characters, the world-building that goes into this story is also pretty fantastic. I liked all of the little details in the story making it all the more realistic. Another element I particularly enjoyed is actually being familiar with some of the cities they travel to or mention - there's even a shout-out to Columbus, Ohio, the capital of my home state.

I highly, highly recommend this fantastic new series opener from David Estes. If you've never read anything by Mr. Estes, you will not be disappointed if you start with Brew! I cannot wait to continue this awesome series with Boil, the sequel that sounds ever so promising!