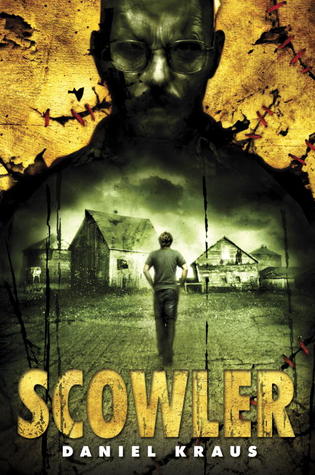 Nineteen-year-old Ry Burke and his family are barely scraping by on their dying family farm. Ry is consumed by memories of his physically and emotionally abusive father, Marvin, who is now serving hard time in prison after a horrific event that occurred 10 years ago which left Ry scarred for life. One day the unthinkable happens, there's a prison break and Marvin gets out. There is no doubt that Marvin is coming back to the farm to get his revenge. Ry will need to delve into his past to recall three imaginary friends to help him survive the coming terror, Mr. Furrington, plastic Jesus, and Scowler.

Scowler is incredibly dark, horrifying, twisty, and gory. It features some very heavy psychological themes when it comes to Ry's compartmentalization of the abuse at his father's hand which comes into play with his "imaginary friends." Mr. Furrington, Jesus, and Scowler are his favorite toys come to life and they each take on the roles of his family members in order to help him survive. I enjoyed the fact that the story is a period piece from the 70's and 80's and that the characters are all well-written. The story is fast-paced and makes you really want to turn those pages (or in my case keep listening).

Like I just mentioned, I listened to the audiobook and the production is absolutely fantastic. Kirby Heywood is incredibly talented. I couldn't turn away from this excellent psychological horror story. Even though the story has been classified as YA, adults horror fans should not miss it.

Are you a fan of I Hunt Killers by Barry Lyga, Blood Red Road by Moira Young, Cirque du Freak by Darren Shan, or Jack Nicholson as Jack Torrance from Stanley Kubrick's adaptation of The Shining? Then you may very well want to check out Scowler by Daniel Kraus!


I listened to the audiobook from December 4 - 8, 2014 and my review is also on Goodreads.