The Infinite Sea (The 5th Wave #2) by Rick Yancey - Review 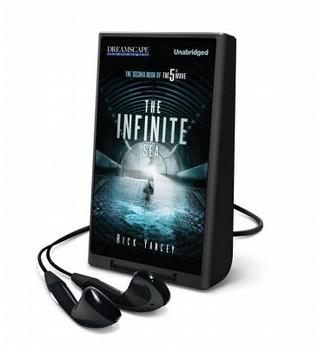 Cassie, Ben, and Ringer had no idea how far the Others would be willing to go in order to rid the earth of humanity. As the 5th wave approaches, they have to face up to the Others main goal of human extermination and they will see just how far they enemy will sink.

Overall, I think I liked the sequel a little more than the first volume. After I got into the swing of the audiobook, that is, which was a bit difficult to keep track of who was speaking in the beginning. I have heard mixed comments about Ringer's perspective, but that was actually one of my favorite sections. I didn't expect it to be as long, but it actually works out really well to include her story. I also liked the reveal about the Silencers. I believe this best fits my reaction:

Finally, I highly recommend this fantastic sequel and I cannot wait until the next installment is released next August.