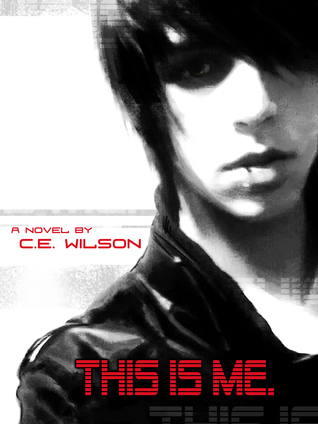 I received a free copy of this eARC from the author in exchange for an honest review.

An A-SIST is an Anthropomorphic Sentient Individualized Servile uniT - in other words, they are customizable humanoid robotic servants that can act as bodyguards, assistants, and companions to their human owners. Rogan is one such Asist providing companionship to Chloe, a lonely young substitute teacher in the city who's hoping to get a big break as a singer. Since her parents purchased Rogan for her before her move to the city, he's been perfectly responsible if a little dead-eyed. One day, she's surprised to see that he disobeys a direct order in order to please her, and there seems to be a spark of something new in his artificial eyes. As Chloe begins to fall for the handsome Niven, who unfortunately doesn't approve of Asists, let alone any kind of personal relationship with one, Rogan tries to prove to Chloe that he's more than just a mass-produced robot. Chloe will have to decide what really makes a person real - a heart or something else.

C. E. Wilson's novels just keep getting better and better, and so far This is Me. is my favorite of her work. It's New Adult fiction tinged with sci-fi and set ten minutes into the future. In this very near future people can purchase and personalize Asists which are very human-like robots to accompany them. Chloe's Asist, Rogan, appears to be changing and learning more than should be possible. Chloe believes she is beginning to fall in love with him, although she knows that he shouldn't be able to reciprocate her feelings since he's just an ASIST, but after all of the progress that Rogan has made she isn't so sure of that what she's seeing from him is just programming. Relationships, of any sort, with Asists aren't exactly socially approved of as she's learning from her potential human boyfriend, but she knows she has something special with Rogan that she doesn't want to let go. The characters are particularly well written, with Rogan being the shining star of the piece. I loved following his journey throughout the novel as he grows. As for secondary characters, I particularly enjoyed Fitz, a student teacher who resembles Sam Winchester from Supernatural, along with his Asist Mini. Usually, romance isn't my go-to genre, but it's handled in a great way that also makes you think.

Overall, This is Me. is definitely worth trying. If you enjoyed C.E. Wilson's previous series, The Boy with the Words, you will certainly enjoy her newest release. I'm looking forward to more from this author, and perhaps more from Chloe and Rogan's world.