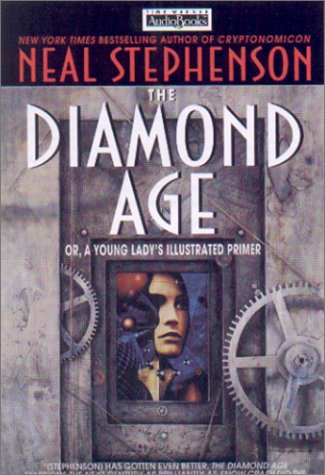 John Percival Hackworth has just broken a strict moral code of his tribe, the powerful neo-Victorians. He's illegally copied a top-of-the-line interactive device called A Young Lady's Illustrated Primer (think Kindle on steroids) for his daughter, which was originally intended for the granddaughter of a duke. The Primer is to educate (and essentially raise) a girl so she will be able to stand on her own two feet. Unfortunately, Hackworth's illegal copy gets stolen and ends up in the wrong hands. After leaving his tribe, he looks for a mysterious figure called the Alchemist. This leads Hackworth to a woman who is also tied to the Primer - a woman who could potentially change humanity as we know it.

Now I know this summary makes the book sound like it's all about Hackworth, but it's not. This is just a very good way to set up a major story line in this book. The story is primarily about Nell, the little girl who ends up using the illegal copy of the Primer. Diamond Age is really her coming-of-age story. The novel also delves into themes on the technology divide, the nature of A.I., and individual and cultural connections.

Stephenson's characters and world are fully realized. The level of detail in this story is simply fantastic. Of all the characters, Nell is easily my favorite. I enjoyed following her journey over the course of all eighteen cassette tapes comprising the audiobook. Dinosaur (one of Princess Nell's toy friends from the Primer) and Miranda, the Primer's ractor, are other favorites. On this note, I just thought I would mention how great of a performance our narrator, Jennifer Wiltsie gives. She really helps make the story all the more memorable.

Overall, Diamond Age by Neal Stephenson is a brilliantly complex sci-fi novel and it comes highly recommended from me. I also recommend that you check out Snow Crash, which is set somewhere around 70ish years prior. Y.T., one of my favorites from Snow Crash, even has a cameo here!

To conclude, here is a great drawing entitled "Hackworth's Folly" by Deviant Artist IzzyMedrano featuring John Percival Hackworth, his chevaline, and the Primer. 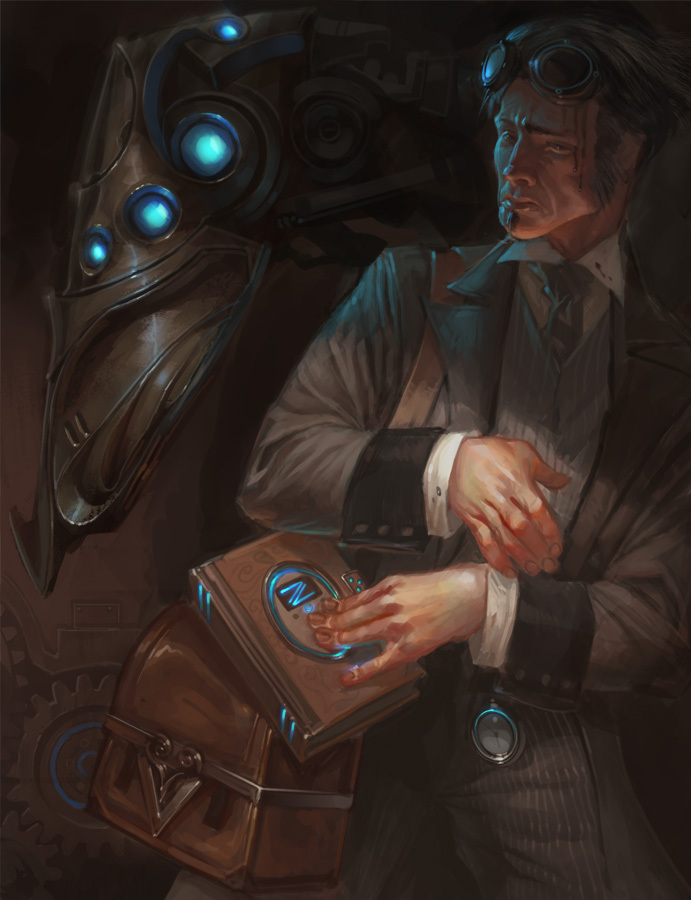 I listened to this audiobook from January 6 - 28, 2015 and my review is also on Goodreads.