The Boy Who Refused to Say, "I Can't!" My Journey. My Dreams. by Jesse L. Bradford - Review 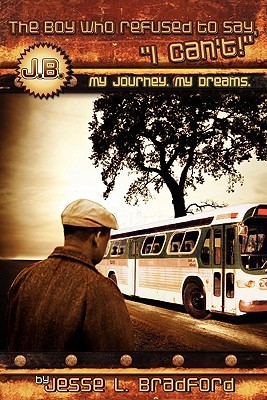 Jesse Bradford left a poor situation at home in North Carolina at the age of 15 to make his own way in the world. Even though he faced many obstacles on a daily basis, he was still able to make something of his life that he wouldn't have had the opportunity to even consider before. A combination of hard work, determination, and perseverance has allowed him to live out a dream.

A friend of mine recommended The Boy Who Refused to Say, "I Can't!" My Journey. My Dreams. by Jesse L. Bradford and she even let me borrow her copy. Mr. Bradford's story is an incredibly powerful read and it's also very inspirational to follow his journey through life. The story telling employed here conversational - I can practically hear Jesse speaking these words aloud while I read them.

The only reason I'm giving this memoir four stars is because there are a few typos that took me out of the story, and it does jump about a little (but that may have something to do with the conversational style) making it a little jarring at times. I also would have liked to heard about some events in more detail, especially when he was a young man just as he's arriving in Washington, D.C.

Overall, Jesse Bradford's story of success in the face of adversity is not one to be missed.

"I still live by the motto: If you don't have a plan, you plan to fail. Saying 'I can' comes with a plan. Those who believe they can't or won't try never intend to look beyond their circumstances. Which side will you choose?" -Page 54