The Gift by Danielle Steel - Review 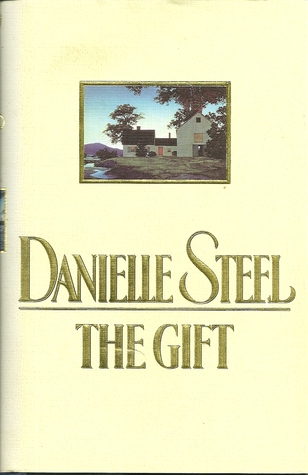 In 1950s USA, sixteen year-old Maribeth goes to a school dance (wearing what her father calls a flimsy prom dress and disgusting makeup) and lets a senior star athlete who normally wouldn't give her the time of day (and has just "broken up" with his girlfriend) flatter her into unprotected sex in the front seat his car on the way home. Maribeth ends up pregnant, the boy goes back to his girlfriend the next day and doesn't care what happens to Maribeth, Maribeth's brother realizes she's pregnant and immediately spills the beans to their tyrant of a father and meek mother, who promptly ship her off to have her baby in six months with the nuns at the local convent alongside the other teen moms. Maribeth is not to even think of communicating in anyway with her family until it's all over and the nuns have given the baby away. After being with the nuns for a little while, however, Maribeth decides to buy a bus ticket and strike out on her own to Chicago. However, when the bus stops for lunch at a diner, she notices they need a waitress and she gets hired on the spot after making up a story about how her husband has just died in Korea so it won't seem as indecorous as the truth when she really begins to show her pregnancy. While waiting tables, she meets a regular who happens to be a sixteen year-old boy with a bad home life and the two begin to open up to one another and fall in love.

I wasn't planning on reading another Danielle Steel book, but a friend of mine who also usually doesn't care for the author either recommended The Gift and lent me her copy. I wanted to like Steel's foray into young adult, but I couldn't really get into it. However, I did finish it just to see if it would surprise me. Unfortunately, it didn't one bit. I had the ending pegged from the moment we begin to get to know Tommy and his family. Based on the first few chapters, the story really writes itself and you don't really expect it to turn out any other way. I also didn't really know what it was about to begin with because the jacket summary gives almost zero detail about what you're about to be getting into. On that note, I wish the story hadn't started with Tommy's family. I wish we got to meet him alongside Maribeth.

As for the characters, everyone is flat and relatively one note with little personal growth, aside from Maribeth that is. Maribeth actually reminded me of Bella from Twilight with "flame colored hair", but she's a little more rational and has better self-control.

Maribeth's father totally made me think of Mr. Connolly from the Doctor Who episode called "Idiot's Lantern", except, of course, that he isn't British.

Maribeth's mother also reminded me of Mrs. Connolly from the same episode, except that she never stands up to her husband. So, when her husband decides to kick their own daughter out of the house, she goes right along with it regardless of whatever her personal opinions are on the matter. And, that just irritated me to no end - not to mention how Maribeth's treated by everyone else with the exception of Tommy's family.

Tommy himself is a sweet kid with his heart in the right place, but he's a little clueless. Their friendship and budding romance was cute, but there were some things I just didn't need to know. Especially since I was picturing Bella and Wally Cleaver together while reading it. I can honestly say that I never expected to have that combination in my head.

Finally, I was at least pleased to see that Tommy's parents were supportive all things considered. Going with the Wally image, I couldn't help but see them as June and Ward. Since the loss of their daughter and the slow unraveling of the family, they actually all came together to help Maribeth get what she needs. I just wish we got to see this from Maribeth's own family.

Overall, Danielle Steel's The Gift wasn't for me. Even though I finished it, I felt exhausted from slogging through those 216 pages. It was simply far too predictable and populated by a majority of flat, boring characters. I was hoping to be impressed and a least a little surprised by the novel, but that it just wasn't the case for me. However, it did leave me with one question: Did the nuns even notice (or care) that Maribeth ran away from the convent and then up and disappeared?