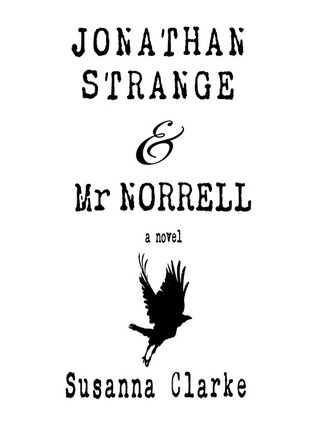 In the early 1800s during the Napoleonic Wars, most Englishmen believe practical magic to be gone. If you are a "magician", you are a gentleman scholar of the history of English magic and you write papers and books on the topic. Then, the reclusive Mr. Norrell breaks upon the scene with a show of practical magic and the goal of restoring English magic and making it respectable. Soon, though, young Jonathan Strange, another magician comes along and he becomes Norrell's student. The two join forces in the war effort against France. However, the magicians have different beliefs regarding the restoration of magic to England, which drives a wedge between them puts everything they hold dear in danger.

I'm not sure why I put off Susanna Clarke's Jonathan Strange & Mr Norrell for so long because it is absolutely wonderful. It is easily one of my favorite books of 2016. I actually listened to the audiobook which is brilliantly narrated by Simon Prebble. Prebble is an incredibly talented narrator and he expertly brings the novel to life. There is so much to like about this book. Clarke expertly blends real-life history and war with fantasy, magic, and fairies into a story that I didn't want to put down. It's a little slow to begin and at times meandering, but I was absolutely enthralled by the world and characters Clarke created. None of the characters are wholly good exactly, but they are all fascinating - my favorites to follow are Jonathan Strange, John Childermass, and Stephen Black.

Overall, if you want to get thoroughly lost in a good book with stunning world-building and first-class characterizations, look no further than Jonathan Strange & Mr Norrell by Susanna Clarke. I know that my review doesn't do this novel justice, but I can't recommend it (or its BBC adaptation) highly enough.