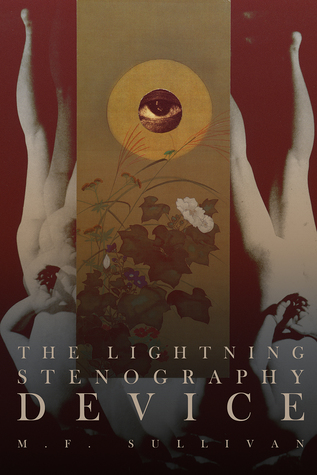 2031 is the year that the first thought to text transcription device is released to the public. That's also the same year that Cassius Wagner, an author, has a seizure. At least, that is what his novel says - the fragmented novel which he wakes up to after a late night of writing. Afraid he has the makings of a prophecy on his hands, he's desperate to change his fate which prevents him from noticing that his editor might just be dealing with her own destiny.

As soon as I saw this novel on NetGalley, I knew I wanted to give it a shot because the concept behind it sounds exactly like something I could get behind. I mean, a thought to text device that transcribes a possible prophecy about it's sleeping user? That sounds like there would be so much potential, if you ask me. I was thoroughly expecting to be hooked. Unfortunately, though, I ended up giving up at only 10% of the way into this story. I feel terrible about quitting, but I just couldn't force myself to slog on after dragging myself through the first tenth of the novel. I wasn't expecting a lighting paced read since it's billed as literary fantasy, but come on - at least make me want to have an excuse to continue on. The Lightning Stenography Device was just far too slow, boring, and stuffy for my taste. I've got too many books and not enough time to keep pushing my way through this one. Ah, well. I can't win them all. Thanks anyway, NetGalley.