The Ring and the Crown by Melissa de la Cruz - Review 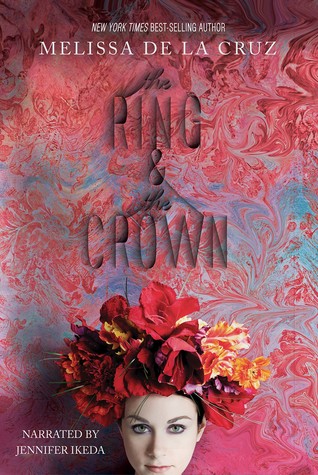 Princess Marie-Victoria of the British-Franco Empire must marry and produce an heir or the empire may be vulnerable to their Prussian enemies. Her marriage to Prince Leopold VII of Prussia will create a alliance between the two empires. However, Marie has always loved her guard and childhood friend, Gill. Together with the help of Emrys's daughter Alewyn, recently returned from Avalon and a great mage in her own right, the two girls plan to get their own happy endings - Marie's life away from Court with Gill and Alewyn's chance to rule an empire. However, the intrigue and hunger for power run far deeper than either suspected as they realize they can trust no one.

I enjoyed the alternate historical fantasy - if Merlin was a real person how would he have affected history. It was interesting to see familiar names and a few events skewed by magical influence. Romance, in terms of royal obligation, is a huge part of this book and, honestly, the story dragged quite a while in the middle. It didn't really pick up again until the last hour or two of the audiobook, while there were a few surprises it was still quite predictable throughout. Basically, I would have like to have seen more of the magical aspect - Avalon, Emrys, and Aelwyn - and more world-building in general.

I listened to and enjoyed the audiobook production, which reminded me a good deal of Cruel Beauty by Rosamund Hodge.