Happy Thursday everyone!  Today I'm sharing three mini reviews with you: Corporate Gunslinger by Doug Engstrom (ARC, available June 16th, 2020), What Branches Grow by T.S. Beier (released April 12, 2020), and Where Acorns Landed by Anne M. Curtis (released February 19, 2019).  Thank you very much to NetGalley for providing me with an ARC of Corporate Gunslinger in exchange for an honest review and to T.S. Beier and Anne M. Curtis, the authors of What Branches Grow and Where Acorns Landed respectively, for the ecopies of their novels in exchange for my honest reviews.  Read on to see my thoughts on these three books: 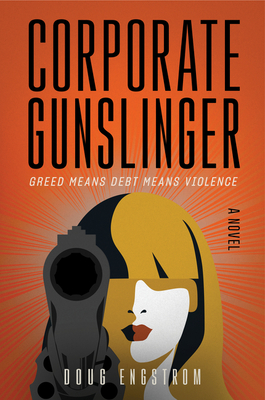 Corporate Gunslinger by Doug Engstrom is a near future dystopian satire featuring corporate greed, crippling debt, and gun violence. I had no idea what to expect, but it's well-worth reading. There's a lot that happens in this fairly short book and I don't want to give anything important away with spoilers. I will say though that it's quite thought-provoking and feels freakishly all too plausible. If that isn't a depressing thought I don't know what is. Either way, it certainly offers quite the commentary on modern American society. I have a feeling you'll like Corporate Gunslinger if you enjoyed The Warehouse by Rob Hart. Overall, this novel is an impressive debut and I'm excited to see what Doug Engstom will do next. 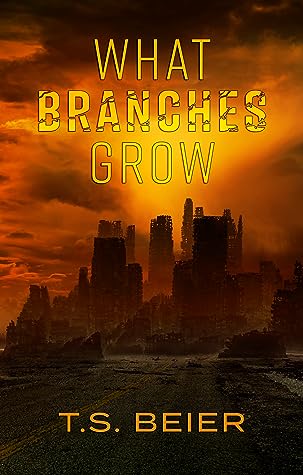 I'm so glad I decided to give T.S. Beier's debut novel What Branches Grow a try. If you're a fan of post-apocalyptic and dystopian stories it's a real must read. I couldn't put it down and I quite enjoyed her writing style. It's a real ride across what was once America as we know it. I don't know about you, but it's very strange to read post-apocalyptic or dystopian stories right now with everything that's been going on this year. I've read quite a bit of this genre, and it's always intriguing to see an author do something unique. While it doesn't always feel entirely new (it checks a lot of the standard elements of the genre), it still manages to feel refreshing and a lot of that comes down to her cast of characters and world-building. If you're a fan of The Road, Mad Max: Fury Road, or Blood Red Road by Moira Young, I have a feeling you'll want to try debut novel. I can't wait to see what Beier will do next. Thank you again for the opportunity! 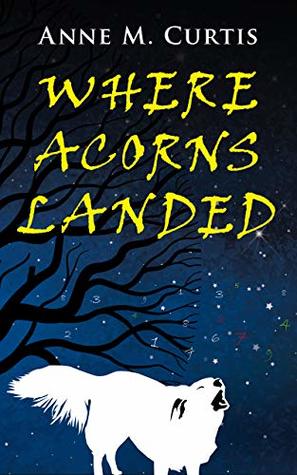 Where Acorns Landed by Anne M. Curtis is a marvelously imaginative contemporary fantasy that reeled me right in from the beginning scenes. The world that Curtis has created is very imaginatively descriptive and visual; it's so easy to picture the settings and action. The author has also done a marvelous job of bringing the novel's fantastic magical elements into our modern world. I particularly got a kick out of the Celtic mythology and Arthurian legends as they were so cleanly combined with paranormal fantasy. Overall, Where Acorns Landed really worked for me. It very nearly eared five stars from me - I only knocked it down to because I there were a few moments that I felt a little too far removed from the characters. I think I'm going to have to visit the Isle of Man some day in the future. All of these locations, really. They all just seem so picturesque.


What have you been reading?  Have you tried any of these novels?  As always, thanks for visiting my blog and perhaps even commenting down below!