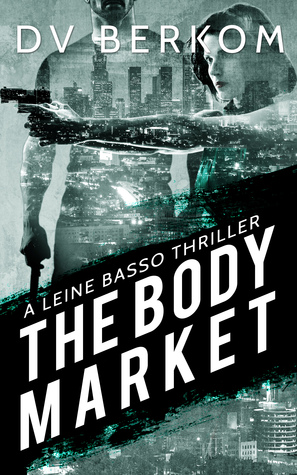 Leine Basso, a former assassin, has been hired by a wealthy couple to find their missing daughter and her boyfriend who were last seen partying in Tijuana. The police suspect that they were victims of a car jacking, but when Leine locates their missing car with the boyfriend's mutilated body inside and then a cartel threatens her she knows she must be close. If Elise, the missing daughter, isn't already dead, she's running out of time.

I was so lucky to win a signed copy of this novel from Sherry @ Fundinmental. From the description and snippets on her blog, I was quickly sold and now that I've finished it I can easily say that I wasn't disappointed. The main character, Leine Basso, is one tough leading lady right from the very beginning. She's smart and quite brave, if a little reckless. I definitely want to know more about her background since this is the only novel featuring her character that I've read.

If you're looking for a tightly plotted and intense thriller with a fantastic lead, do yourself a favor and try the Leine Basso Thriller series. I believe I will need to try the rest of the series starting with book one, Serial Date. Just based on this novel, The Body Market, I would like to see Leine Basso grace my television screen.