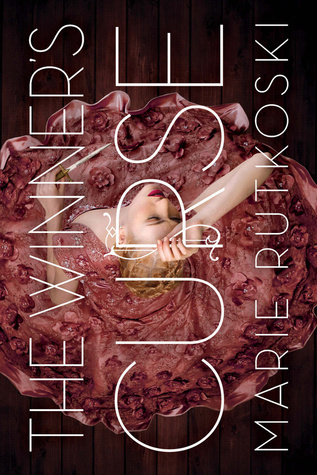 Kestrel has two options that will decide her future - join the military or get married - and as the general's daughter in an empire that revels in conquering nations and enslaving their populations her choice is quite important. Kestrel, however, has other plans. She wants to do something entirely different with her life. Arin, a slave that she purchased at auction for a high price, appears to be a kindred spirit - his very eyes defy his new lot in life - and Kestrel soon realizes that the price she paid for him is much higher than she would have expected.

I've been told over and over that I need to read this novel and I'm glad I finally tried it on audiobook. I really enjoyed getting to know all of the characters, particularly Arin. I was pleased to see how both Kestrel and Arin challenge expectations that I had as a reader and within their own world. The novel is starts off slowly, but that really allows Rutkoski to introduce us to her world and characters. We have plenty of time to learn who the two leads are before things really take off. As much as I enjoyed Arin's character right away, I also grew to like Kestrel quite a bit over the course of the novel as I began to realize how well she plays to her strengths. For example, seeing Kestrel put her skills as a strategist to the test during the duel is a wonderful part that showcases her abilities and is one of the truly standout scenes. Finally, I would like to mention that the audiobook's narrator, Justine Eyre, is quite skilled and I found it easy to keep track of the characters, as well as differentiate between the different peoples.

Overall, I enjoyed finally delving into my first Marie Rutkoski novel. Honestly, I should have earlier. I will definitely be continuing this series with The Winner's Crime, especially after that gut punch of an ending.