Seized by the Sun: The Life and Disappearance of World War II Pilot Gertrude Tompkins by James W. Ure - Review 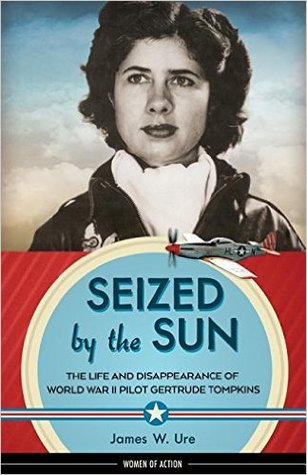 I received a free eARC of this non-fiction book via NetGalley in exchange for an honest review.

Gertrude "Tommy" Tompkins is the only one of the thirty-eight confirmed or presumed dead Women Airforce Service Pilots (WASPs) of World War II who is still missing. The thirty-two year old fighter plane pilot took off from Mines Field in Los Angeles, California en route to Palm Springs on October 26th, 2014. Gertrude was born in 1912 to a wealthy New Jersey family. She struggled and was teased throughout school (she had a terrible stutter) and she retreated into herself. As a young woman, she raised goats as well as crisscrossed the globe in order to find her true purpose in life. When the love of her life, a Royal Air Force pilot, was killed over Holland as WWII loomed over Europe, she devoted herself to learning to fly and applied to the newly formed WASPs. She became such fantastic pilot that she was one of only 126 WASPs selected to fly fighter planes. After flying a P-51 Mustang for the first time, she overcame her debilitating stutter. Tompkins sudden disappearance is still a mystery to this day with no success at finding her remains or the wreckage of her plane.

I've always been fascinated by women's efforts during World War II, from the WASPs, WAVEs, and WACs to their work in factories on the home front. Of them, I have always been the most fascinated in the WASPs. After having visited Wright-Patterson Air Force Base Museum in Dayton, Ohio to see their exhibition on these brave women, I became doubly interested so I've been particularly interested in finding them in fiction and non-fiction. While I enjoyed learning more about Gertrude "Tommy" Tompkins life story, I would have preferred a more focused story on her time with the WASPs, as an organization or fellow pilots. While we learn quite a bit about her early life before she joins the war effort, it a little too long to get to that point - at nearly half way through the book in fact. Regardless, this YA Non-Fiction is definitely worth reading as a jumping off point regarding the WASPs and women's involvement in WWII. 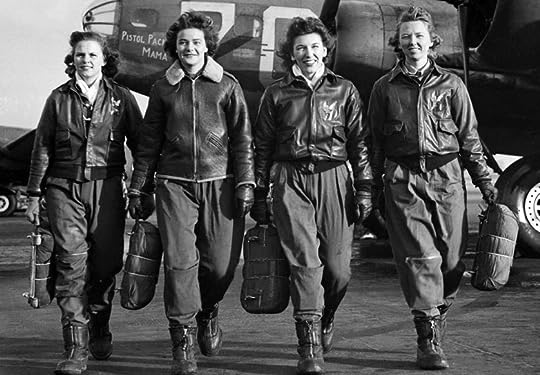