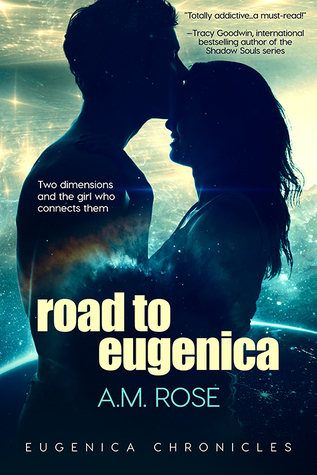 I received a free ecopy in exchange for an honest review.

Yesterday, Drea was a regular high school student. Today? Today, she's suddenly super smart, can speak many languages, and she instinctively knows how to fight. She has no clue where her new skills came from, but she's not complaining. But, someone knows her secret and they're after her - in fact, they've been looking for her her whole life. With Dylan, her best friend, and Maddox, a new guy at school, they're going to get some answers once and for all. Drea will have to push her abilities to her limits as she begins to learn that nothing is quite as straightforward as it seems.

I'm so glad I tried this debut YA sci-fi novel. The concept sounded so fascinating that I could resist. It really hits its stride about a fifth of the way in, so don't be discouraged by the slower pace it takes in the beginning. It takes a little time to get going, but once it does you won't want to put it down. I particularly enjoyed solving the mystery with Drea, Dylan, and Maddox and all of the twists and turns that come at us. I also particularly liked the sci-fi elements, which we don't see often enough in YA - I'd go on, but I'd be getting deep into spoiler territory. In my opinion, the weakest aspect of this story is love triangle, but then again love triangles usually aren't a favorite, but it's handled here pretty well. We get a good sense of all three characters - in fact, that some of the reveals about these characters leave me absolutely dying for more.

Overall, Road to Eurgenica by A.M. Rose is a YA sci-fi debut that's well picking up - just be sure to give it plenty of time in the beginning to get going because it's going to be good. I'm really looking forward to seeing where this series will go. After that conclusion, I'm dying for more from this author.